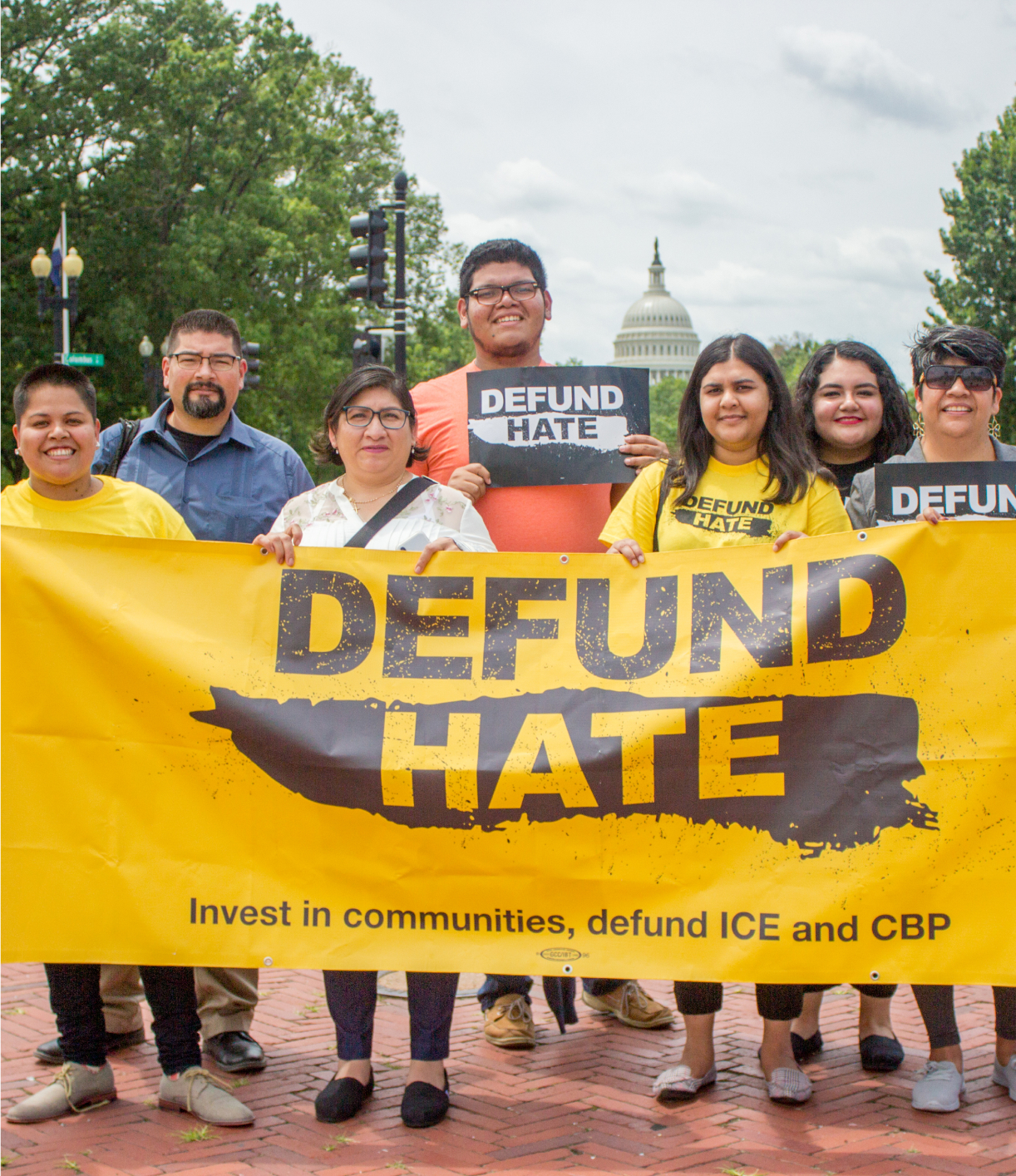 With roughly 25 billion of our taxpayer dollars spent each year on jailing immigrants, tearing apart families, and gutting our asylum system, it’s past time for Congress to write its historical wrongs and chart a new path forward where our taxpayer dollars are used to strengthen our families and communities.

As a coalition, Defund Hate believes firmly that we all deserve to have a say in where our taxpayer dollars go and knows that more money for immigration enforcement has never made our communities safer. People—including children and the elderly—are dying at the hands of ICE and CBP, two agencies plagued by system-wide abuses. In the 2020 fiscal year 21 people died in ICE custody — the highest death toll in 15 years. Since 2010 at least 102 people have died after interacting with CBP.

Yet, year after year, our elected officials continue to allocate billions of dollars to immigration enforcement, border militarization, immigration detention, and surveillance technology that only results in more people suffering and dying than ever before.

We must understand that building a community where safety, dignity, and freedom is a right for everyone is possible. When we divest from ICE and CBP, we have the opportunity to reprioritize and realign our taxpayer dollars with our values.

The National Priorities Project’s trade-off’s tool shows that the total budget of ICE + CBP for last budget year was $24 billion. Those are taxpayer dollars that could have instead been invested in:

Immigration enforcement is wrong for all communities. ICE and CBP create cycles of pain and trauma that tear apart the very families and community members who are our neighbors, doctors, school teachers, grocery store workers, and so much more. We have a right to invest our tax dollars into health care, education, housing, infrastructure, and programs that welcome immigrants and benefit all of us.

Tell us what investments you want to see made in your community by clicking here to learn more about the National Priorities Project’s Trade-Offs tool. Then use #DefundHate on Twitter or tag us on Instagram @defundhatecampaign and show us screenshots of your results!

Cut the Pentagon Budget by Ten Percent for FY 2022 »