A Plan to End Poverty in the United States 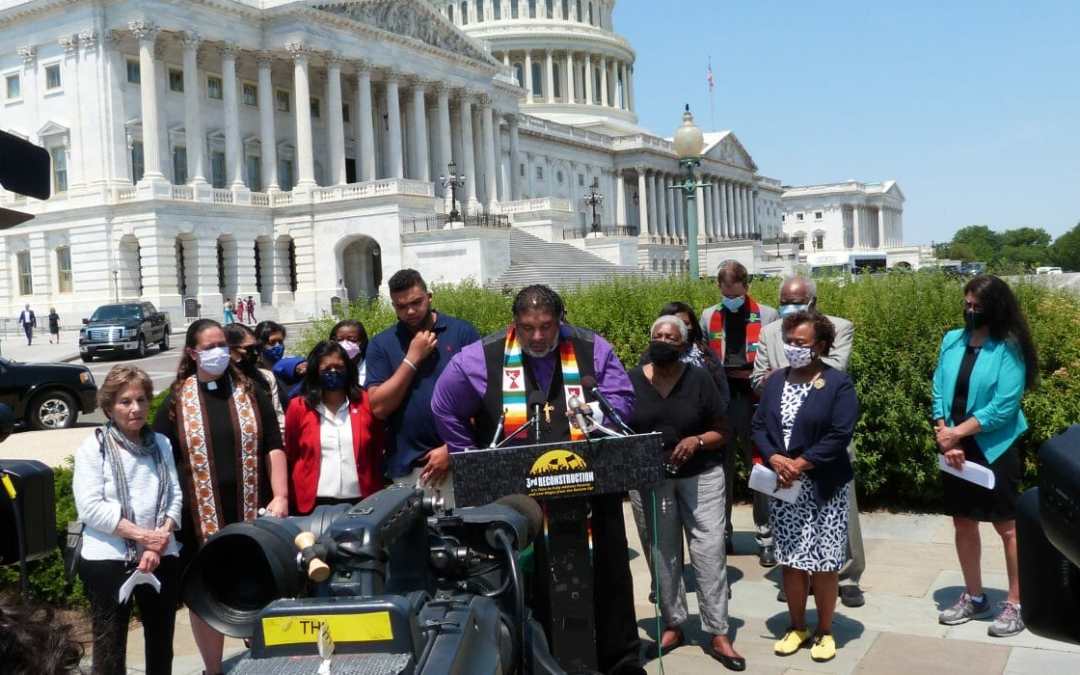 Amidst partisan haggling over President Biden’s infrastructure proposal, the Poor People’s Campaign and several lawmakers recently outlined a comprehensive moral vision for the nation. They believe it’s not only possible to end poverty in this country, but morally necessary.

“It’s unforgivable that 250,000 people die every year in this country from poverty and inequality,” said Rep. Barbara Lee during a press conference to unveil a sweeping congressional resolution for a “Third Reconstruction.”

The resolution’s title draws on the transformational history of the First Reconstruction following the Civil War and the Second Reconstruction of the 20th century civil rights movement — two periods during which multi-racial coalitions achieved significant strides towards racial and economic justice.

Rep. Pramila Jayapal stressed that a new era of transformational change will require new policy choices. “We allow poverty to continue,” she said, “when 55 of the largest corporations paid not one dollar in taxes last year, when we let our health system be focused on profits — not patients.”

“What is the cost of inequality?” asked Barber, pointing out that billionaire wealth has increased by more than $1.3 trillion during the pandemic while millions have fallen into poverty. “This is a moral issue, rooted in the moral commitments of our Constitution. The first thing we had to do is establish justice, promote the general welfare, and to ensure equal protection under the law.”

The congressional resolution lays out a roadmap for achieving those lofty goals.

A long list of proposed economic policies focus on eradicating poverty and sharply reducing racial and economic inequality. They include a federal jobs program to build up climate resilient public infrastructure, universal health care and paid leave, raising the minimum wage to a living wage, and guaranteeing the right to form and join unions.

For example, to secure resources for public investment, the resolution calls for redirecting 10 percent of the military budget and generating revenue by repealing the 2017 corporate tax cut and introducing new taxes on wealth and Wall Street trading.

Several members who spoke at the press conference described the ravages of poverty and inequality in their congressional districts.

“In San Diego County, we have Fortune 500 companies and mansions on the beach,” said first-term Rep. Sara Jacobs. “But we also have 40 percent of children living in poverty — and that was before the pandemic.”

For those who will inevitably raise questions about how the resolution, if fully enacted, would impact the deficit, Barber was ready with answers.

Sarah Anderson directs the Global Economy Project at the Institute for Policy Studies. This op-ed was adapted from Inequality.org and distributed by OtherWords.org.

Osama's Ghost: The Economics of Overextension »