The Military Wasn't a Way Out of Poverty for Me 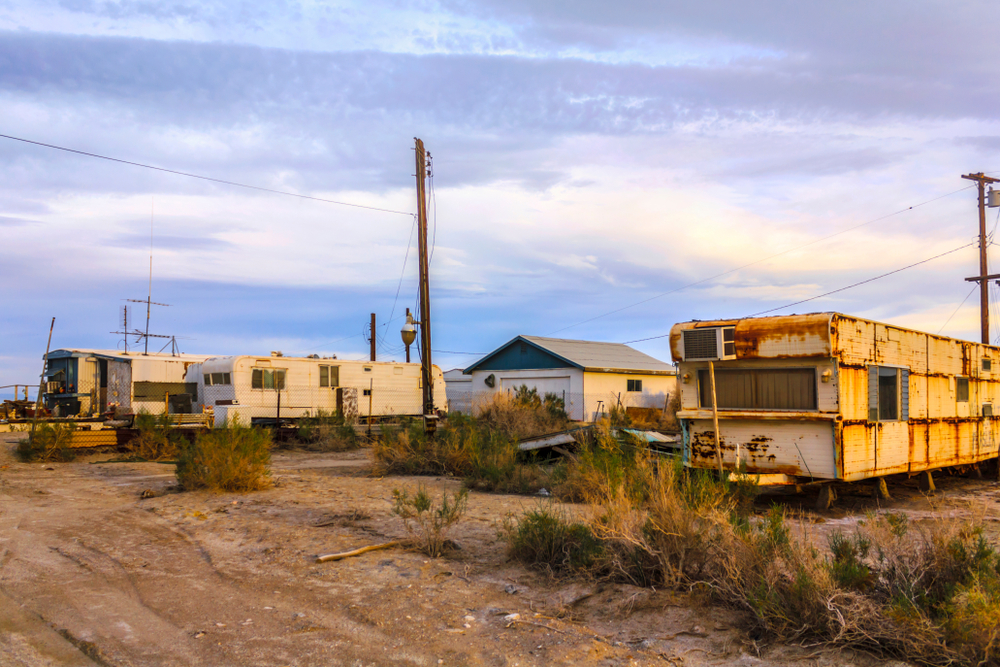 I grew up on the edge of the Great Dismal Swamp in southern Virginia. We lived in a sewage-ravaged, bug-infested trailer park. I didn’t realize we were poor at first — I thought that’s just how things were.

But it was a difficult place to grow up, and as I got older, I wanted to escape. So I took what I thought was my only chance to get out of poverty — I joined the military.

Now I know why they say poverty is a “back door draft.”

After deploying to the Persian Gulf in 2003 and experiencing unspeakable horrors, my military duty finally ended and I took the best job available to me — working in the Norfolk Naval Shipyard in Portsmouth, Virginia.

The work was hazardous. I spent hours each day climbing around in tanks and voids on submarines that had to be certified safe to enter. There was always welding, grinding, sandblasting, and paint chipping going on. When I started coughing up black sludge, I knew I had to escape again.

Poverty, I learned, is one long escape attempt after another.

By then I was married with children. I got myself into culinary school on the path to a better life. Then the Great Recession hit. As the economy collapsed around us, we often had to choose between paying bills and buying groceries.

These years of trauma wreaked havoc on my mental health. I got some cookie-cutter, drug-based mental health treatment from the Veterans Administration, but that made things worse. At times the VA treatment had me in lockdown 24/7. I was treated as a number, not as an individual.

I’m sharing this because stories like mine are all too common, but we don’t hear them very often — especially around holidays like the Fourth of July.

More than 30,000 veterans have taken their own lives since 9/11, and over 8 million Americans fell into poverty last year. Yet our country continues to spend hundreds of billions of dollars each year on wars and the Pentagon, instead of building real paths out of poverty for people who grew up like I did.

Corporations and the military-industrial complex profit from our poverty. They get cheap labor and fatter profit margins. The rest of us deal with the interlocking effects of poverty — like poor health, trauma, poisonous living conditions, and all kinds of structural barriers to opportunities.

This is a political choice. And we can choose differently.

For me, things turned a corner when I found Veterans for Peace, a non-profit organization of veterans like me who understand that prioritizing federal spending on war and weapons over social programs keeps people down.

Veterans for Peace helped connect me to holistic treatment and support that heals rather than harms. It also connected me to the bigger movement against poverty — like the Fight for $15, in which low-wage workers fight for our own economic empowerment by demanding a fair wage.

Finally, I found the Poor People’s Campaign, which follows in the steps of Martin Luther King, Jr.’s efforts to end poverty in this country. Veterans for Peace became a sponsoring member of The Poor People’s campaign, making the connections between militarism and poverty.

We believe that to truly fight poverty, we must slash the Pentagon budget. We can cut our annual military spending by at least $350 billion and still keep ourselves safe while building a more equitable society.

For me, the military wasn’t a way out of poverty. Instead, militarism is why so many of us are poor in the first place. But if more low-wage workers, veterans, and others work together, we can make the investments we need to choose human decency over war, trauma, and poverty.

T.J. Thompson is a post-9/11 veteran of the U.S. Navy from Virginia and a member of Veterans For Peace and the Poor People’s Campaign. This op-ed was distributed by OtherWords.org.

« Jeff Bezos, Elon Musk, and You. Which One Pays Taxes?