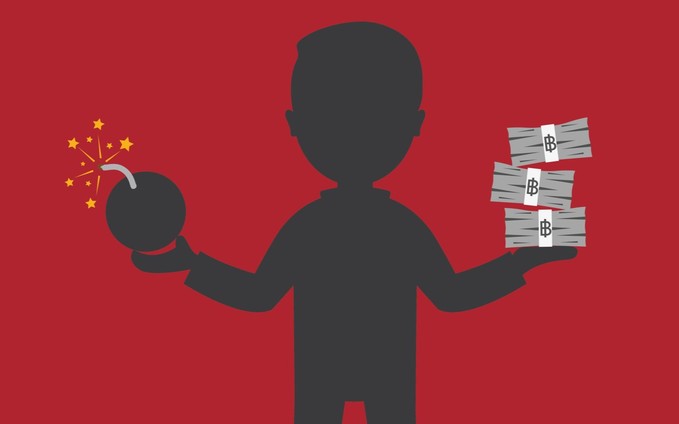 With his Pentagon budget proposal last week, President Biden made clear his intention to continue in the footsteps of President Trump. The proposal called for an increase in Pentagon and war spending from $740 billion fiscal year 2021 to $753 billion in fiscal year 2022.

This is especially egregious considering the president’s announcement that the U.S. will pull troops from Afghanistan, ending twenty years of war. Yet apparently any savings from ending the war, rather than funding the American Jobs Plan or the president’s calls for increased spending on education or health care, will be plowed right back into the Pentagon for other purposes.

While the details are yet to be released, the proposal speaks volumes about how the administration intends to execute foreign policy and undermines claims that diplomacy will always come before military action.

Here are a few ways that the Biden Pentagon proposal carries on the Trump legacy:

Gives the Pentagon and war a $13 billion raise

Biden’s budget proposal comes with welcome increases for education, health care, housing, and nearly everything else the federal government does. Unfortunately, that includes an increase for the Pentagon. After four years of increases under President Trump – and a point where the Pentagon budget is already higher than it was at the height of the Vietnam War or the 1980s military buildup – the thought of sending Pentagon spending even higher is hard to fathom. The $13 billion raise for the Pentagon is more than the entire proposed budget of the Centers for Disease Control. Progressives have called instead for a ten percent decrease for the Pentagon. Between plans to end the presence of U.S. troops in Afghanistan, the need to pull back from dangerous new nuclear weapons systems, and the countless opportunities to stop coddling contractors, there are plenty of good policy decisions that should also reduce Pentagon spending.

Spends more on the Pentagon than diplomacy...again

Hypes a threat to justify its existence

In keeping with inside-Washington groupthink, the budget names China first in a list of reasons for the massive $753 billion proposal. But the supposed challenge from China has never been clearly defined, and there’s a reason for that. China doesn’t pose any direct military threat to the United States, and any threat they pose to U.S. allies shouldn’t be met by U.S. military force. As even the Pentagon anticipates a world ready to move on from the war on terror, ear-mongering about China has become the Pentagon’s best shot at keeping the sense of purpose – and the toys – that twenty years of war has bestowed upon them.

The proposal talks about the “nuclear deterrent” as another key spending area for the Department of Defense. Since the U.S. has hundreds more nuclear weapons than it needs for deterrence, the only thing that would make sense here would be a plan to scale back nuclear forces accordingly. It’s safe to assume that’s not what they have in mind when they talk about funding “ongoing nuclear modernization programs.” That’s talk that reflects an intention to carry the threat of nuclear war into the 21st century.

Climate change is increasingly understood as a threat that has already begun to drive international migration, and even created domestic climate refugees. The Pentagon has acknowledged for years that climate change will affect U.S. military installations worldwide, but so far it plans to meet that threat by protecting its assets. Instead, the Pentagon should use this wake-up call to scuttle many or most of its 800 military installations around the world. In most cases, the U.S. presence is counterproductive, outdated or both. It’s outrageous that U.S. military bases will be prioritized for “resilience” while countless communities here and around the world will cease to exist.

The other, and last item on the list, is one that won’t be too popular with Pentagon contractors, and faces a real danger of never becoming reality: the plan claims that it will divest from yesterday’s weapons and troop numbers. The problem is that these measures will apparently be more than offset by new programs and increased expenditures for favored existing programs, since the plan to “divest” is part of an overall larger Pentagon budget. And of course, the other problem with promises to cut legacy weapons systems is that we’ll believe it when we see it.

« Stop Calling it a "Border Crisis"

To Some, Reparations Are Common Sense »