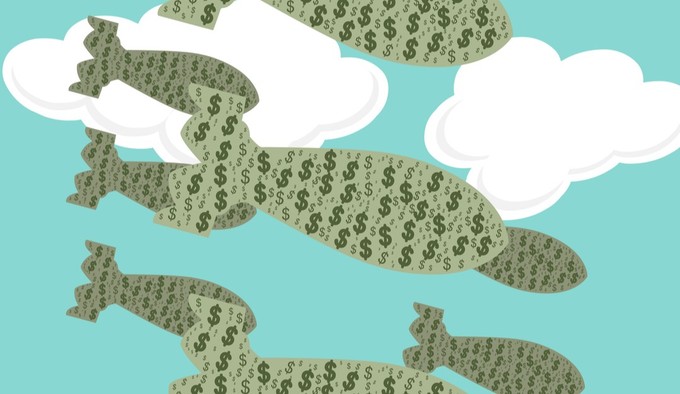 Today the Congressional Budget Office released a new report, “Illustrative Options for National Defense Under a Smaller Defense Budget,” that outlines three different options for cutting funding for the Department of Defense by $1 trillion, or 14 percent, over the next ten years.

“The U.S. military budget is now higher than it was at the peak of the Vietnam War, the Korean War, or the Cold War. This report shows that there are viable options for immediate, substantial reductions to the Pentagon budget,” said Lindsay Koshgarian, Program Director of the National Priorities Project at the Institute for Policy Studies.  “We are spending far too much on the Pentagon, and too little on everything else. Facing a pandemic that is not yet over, decades of growing economic inequality, unaddressed systemic racism, and a climate crisis, the U.S. is in desperate need of reinvestment for true security,” said Koshgarian.

The reduction of $1 trillion over ten years is moderate by recent standards. The CBO reports that the outlined Pentagon reductions are smaller than those of the 1990s, and smaller than those that occurred under the Budget Control Act from 2012 to 2015.

Significantly, the report comes in the midst of a major national debate about spending, with the Biden administration's Build Back Better plan facing a reduction of as much as $2 trillion, also over ten years, during congressional negotiations. The CBO-outlined Pentagon cuts could fund a substantial portion of the plan.

“Pentagon cuts are eminently doable, but corporate interests and poor leadership have prevented us from making even the most obvious cuts,” said Koshgarian. “After twenty years of war, it’s time to reexamine our security priorities and stop writing blank checks for the Pentagon and its contractors.”

The report also notes that the national security strategy is a document that can be changed. A strategy that relied more heavily on diplomacy and humanitarian aid, and less on military supremacy, could prevent conflicts and maintain security for Americans, while enabling even deeper savings at the Pentagon.

The new report lays out critical considerations for the Biden administration, the Pentagon, and Congress as they plan Pentagon strategy and budgets for the next ten years. The days of blank checks for the Pentagon must end.

« Immigration Cruelty Goes Beyond the Border

The Hypocrisy of the Federal Spending Debate »