Immigration Cruelty Goes Beyond the Border 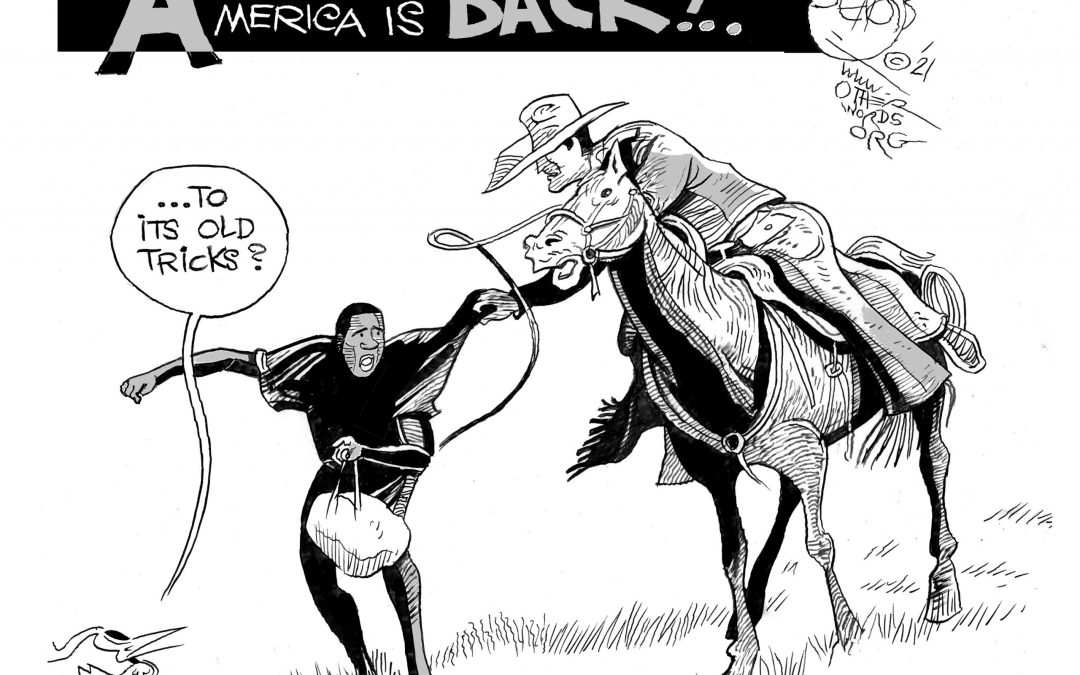 Images of Border Patrol officers on horseback whipping Black migrants shocked many Americans. President Biden called them “outrageous” and “wrong” and promised an investigation. Many members of Congress also spoke out.

Given this reaction, you could be forgiven for thinking that abuse like this isn’t normal for Customs and Border Patrol (CBP) or Immigration and Customs Enforcement (ICE). But those of us who live in border states can tell you: It is.

The CBP agents who were chasing down Haitian migrants were “following routine protocol,” explained the migrant rights group No More Deaths. “Border Patrol attacks migrants (on horseback and otherwise) every day in the remote desert, away from the cameras.”

The dramatic images from Texas have opened up a national conversation about how our country treats migrants. But we need to expand that conversation beyond the border. In truth, migrants experience cruel U.S. policies long before they migrate, long before they reach the U.S.-Mexico border, and often long after they cross it.

For years now, Hatian migrants have been forced to move out of Haiti due to political, economic, and now climate destabilization — all worsened, to various degrees, by U.S. interventions and emissions. The same is true of countless Central American migrants who’ve been forced to leave countries grappling with poverty, political repression, droughts, and other disasters.

Those who take the risk of moving away from their home countries to find safety don’t just endure the harsh journey itself. They also run headlong into an expanded border infrastructure stretching deep into Mexico and Central America, as the U.S. funds often abusive security services throughout the Americas to keep migrants from ever getting to the U.S.-Mexico border.

If they reach the border itself, they face abuse from ICE and CBP, or else years living in the shadows.

If they apply for asylum, they may be forced back to wait in dangerous conditions in Mexico, or else risk imprisonment in for-profit detention facilities in the United States. Or they may simply be turned back under Title 42, the Trump-era rule that shut down most migration under the guise of pandemic security. The Biden administration has continued that policy.

Even as Biden condemns the treatment of Haitians, his administration is still expelling them. In response, Biden’s own envoy to Haiti resigned in protest. “I will not be associated with the United States’ inhumane, counterproductive decision to deport thousands of Haitian refugees” and migrants, wrote outgoing special envoy Daniel Foote.

As the planet gets more unstable, Global North countries like the United States are deliberately barring the door to immigrants and refugees of color. There’s a simple explanation for this: racism. In the same week that Haitian migrants were violently turned away from the United States under pandemic rules, the White House lifted pandemic travel restrictions on visitors from Europe.

Patrick Gaspard, the Haitian American head of the Center for American Progress, recently returned from the border making four demands of the administration: to immediately halt deportations back to Haiti, ensure all people at the border are treated humanely, hold the Border Patrol accountable for abusive behavior, and commit to a firm timeline to end Title 42.

Those would be welcome steps. But as our planetary climate crisis worsens, we will need to rethink our approach to borders, and the agencies that enforce them, to ensure the freedom to move with dignity.

Whatever we do, we can no longer allow our taxpayer money to fund the abuse of people fleeing crises our own policies helped cause.

Josue De Luna Navarro is cofounder of the New Mexico Dream Team and an associate fellow at the Institute for Policy Studies. This op-ed was distributed by OtherWords.org.

« Cut the Pentagon Budget by Ten Percent for FY 2022