The official U.S. corporate tax rate is 15 to 35 percent, depending on how much profit a corporation makes.  In practice, however, many corporations don't pay close to that, and some done't pay any taxes at all.

The share of total federal revenue paid by corporations has declined substantially over time. In 1944, corporate taxes paid about 44 percent of all federal revenue. In 2014, only about 13 percent. 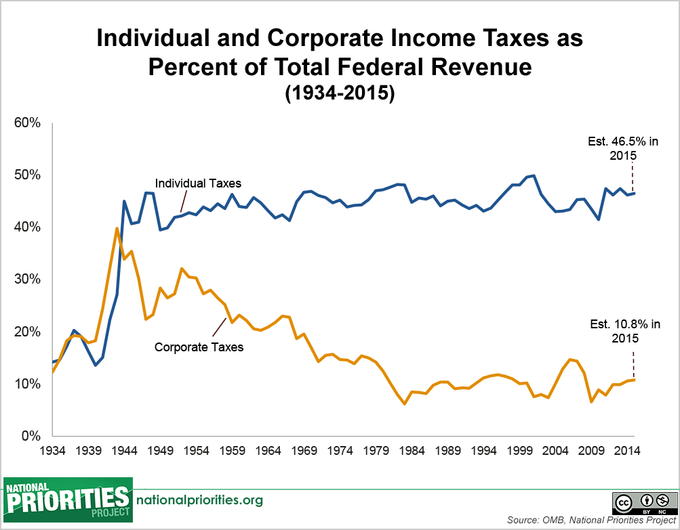 Why are corporations paying lower taxes?

Overly complex tax laws have allowed corporations to exploit loopholes to get tax breaks.  For example, corporations can change their addresses – even if it’s just a post office box – to another country and avoid paying billions in taxes. This is called an "inversion," and while it has been used since at least the 1980's, most inversions have occured since 2004. Because of the spike in this practice, the U.S. government has lost billions of dollars in revenue.

In fact, the amount of federal revenue we lose each year to corporate tax breaks has grown 134 percent over the last 20 years. In 2013 alone, corporations avoided paying $176 billion of what they owed in taxes. 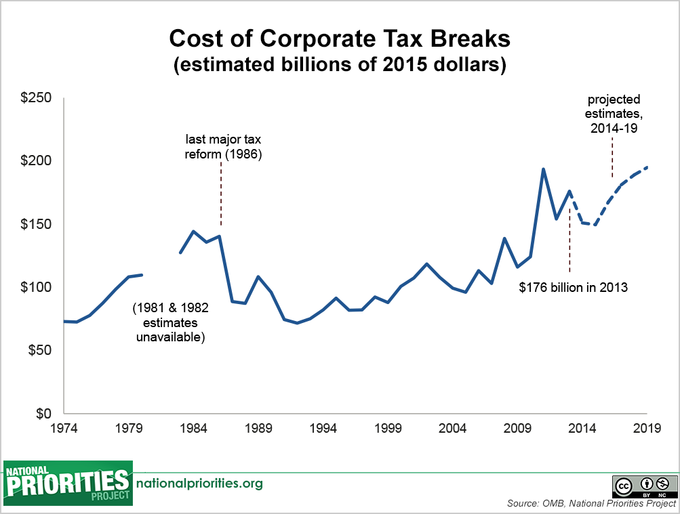 Interactive Visualization: Compare how the Top Ten Tax Breaks benefit corporations, the wealthy, and the rest of America.

From Our Blog: Corporate tax breaks allowed to contribute to deficit, but not unemployment benefits.