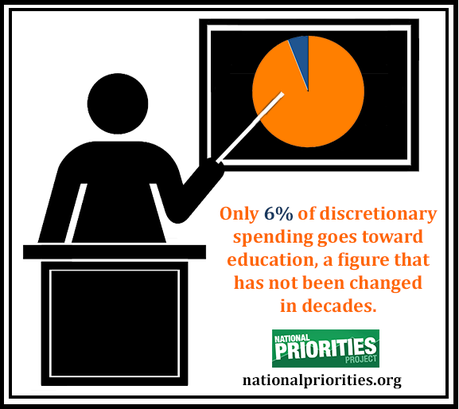 Obama's budget provides $70.7 billion in discretionary education funding in fiscal year 2016, an increase of five percent over the 2015 enacted level. The proposal includes a new federal-state initiative that would allow students to attend community college tuition-free for up to two years at a cost of $60 billion to the federal government over 10 years.

The president also requests $1 billion in new funding for Title I, the federal program that provides aid to schools serving disadvantaged students, as well as $4 billion for teacher training and recruitment programs.

The budget proposal also calls for $66 billion for the president’s signature Preschool for All initiative. It would also provide $15 billion over 10 years to continue and expand the existing home visiting program for young children. These and other initiatives would be paid for by raising an additional $95 billion over 10 years by increasing the tobacco tax.  The president also requests an additional $1.5 billion investment in the Head Start program over the 2015 spending level, among other investments.

Sixty-seven percent of Americans say that improving the education system should be a top priority for the president and Congress in 2016.[4]