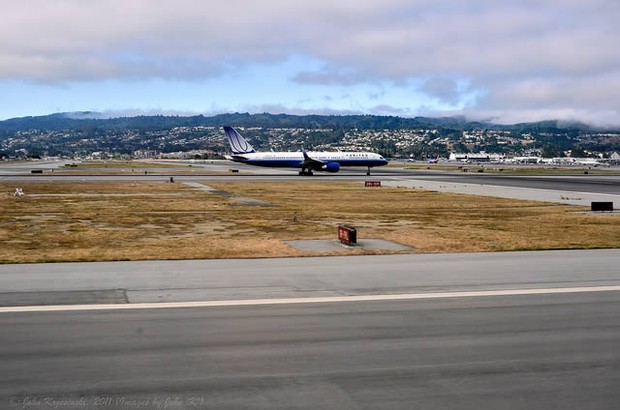 Last week we explained that Congress was rushing to prevent airport delays, even as education programs and services for vulnerable Americans - such as shelters for victims of domestic violence - were seeing funding cuts. The following guest blog is an explanation of how lawmakers ultimately passed the "Reducing Flight Delays Act" - by lying about a typo and throwing transparency out the window.

Last weekend, we reported how Congress had failed to pass identical versions of the same bill in the House and Senate, meaning it couldn’t be signed into law. Now they’ve fixed the problem … by lying.

S. 853 and H.R. 1765 are both called the Reducing Flight Delays Act of 2013. They allow the Federal Aviation Administration to move money around so that it doesn’t have to furlough air traffic controllers under the across-the-board budget cuts produced by sequestration.

Late last week, the House and Senate each passed their bills, and the Senate agreed to automatically pass a bill “identical” to the one they had passed when the House version arrived. Except, before the House version arrived, its sponsor amended it, changing the word “account” to “accounts” in one place. (The FAA has to move money from multiple appropriations accounts in order to pay air traffic controllers, not just one.) That meant that the bills weren’t identical and couldn’t be sent to the president for his signature.

Well, the fix is in. And we mean “fix” in the worst possible way. Rather than pass a bill identical to the House bill, the Senate lied to itself to get the bill through the process. And the bill is now what can only be called a grammatical embarrassment.

But I guess if you’re the Secretary of the Senate, you’re going to take the fall sometimes. The House and Senate couldn’t take the time to do things right, and they decided that it’s the Secretary’s fault.

But that’s not all. With this “error” cleared up, a shiny new one has emerged. When the House and Senate changing the word “account” to “accounts” in one place, it forgot to do so the second place in the same sentence!

The idea is to allow the FAA to use money from multiple Treasury accounts to fund air traffic controllers. Here’s a shortened version of what the convoluted sentence says in the final version of the bill:

Notwithstanding [other laws and policies], the Secretary of Transportation may transfer during fiscal year 2013 [up to $253,000,000] to the appropriations accounts providing for the operations of the Federal Aviation Administration, for any activity or activities funded by that account, from [airport grants-in-aid] or any other program or account of the Federal Aviation Administration.

We’ve added italics to show you the two instances of “account/s” that don’t match up. The second one is still singular, referring back to the first one, which is plural.

But what the heck. When Congress is moving only a quarter-billion dollars around, there isn’t much reason to take time to get it right.

Maybe President Obama can straighten this out. He, after all, promised as a candidate for president in 2008 that there would be a five-day public review of all bills sent him by Congress.

Oh. The bill was presented to him Tuesday, the White House posted it on the pending legislation page at 6:42 p.m. that day, and he signed it on Wednesday. Oh well.

Jim Harper is the Director of Information Policy Studies at the Cato Institute. This was post originally appeared on the site Washington Watch.

« A Pathway To a Better Federal Budget