Your Top Policy Priorities for Obama's State of the Union Speech 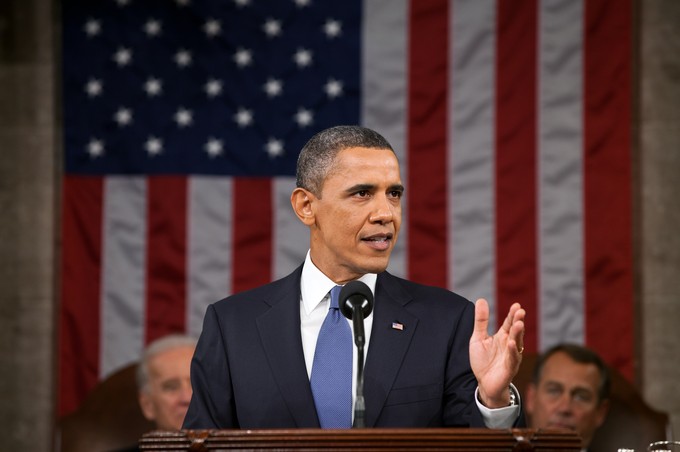 Tonight, President Obama will address the nation for his sixth State of the Union address. Americans and lawmakers alike will be listening to hear what the President highlights as his policy priorities for the coming year.

Last week we asked you what top three policy issues YOU would like the President to speak about today. Our informal survey of NPP constituents indicates that a wide range of issues are priorities for ordinary Americans and their families right now.

What Americans Want to Hear in the SOTU

We took the top ten issues based on the number of survey respondents who selected them as top issues for President Obama's speech, and broke them down: 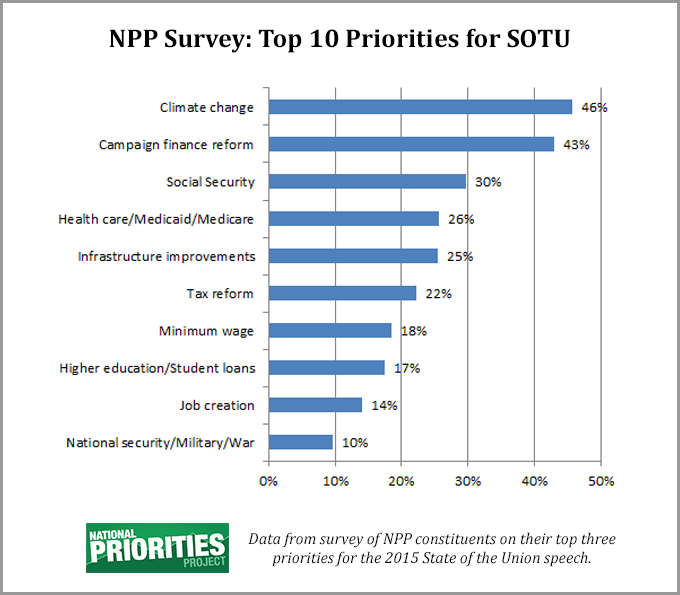 Climate change topped the list with 46 percent of poll respondents indicating they want the President to speak on that issue tonight. Campaign finance reform was a close second with 43 percent of respondents saying they want to hear something on the issue. Social Security, an issue that has been in the news recently and has long been seen as a priority among the American public, was the third most popular issue, with 30 percent of respondents choosing that as one of their top three priorities for the President to address.

Going down from there, 26 and 25 percent of respondents, respectively, indicated that Health care/Medicaid/Medicare or Infrastructure Improvements should be discussed; followed by tax reform, which has been previewed as one of Obama’s top topics for his speech tonight.

Other issues that received enough interest to get into the top ten include: minimum wage, higher education/student loans, job creation, and national security/military/war.

President Obama is likely to touch on many of these topics tonight, and we’ll be watching to see how much time he spends on the issues that Americans like you have told us you care about the most.  We’ll also keep an eye on the Republican response.

Follow our live coverage of the State of the Union through our twitter feed on @natpriorities, and tweet to us what you think of the President’s speech.

Stay tuned for a follow-up analysis of the State of the Union and its importance for key federal budget issues, right here on the blog tomorrow.