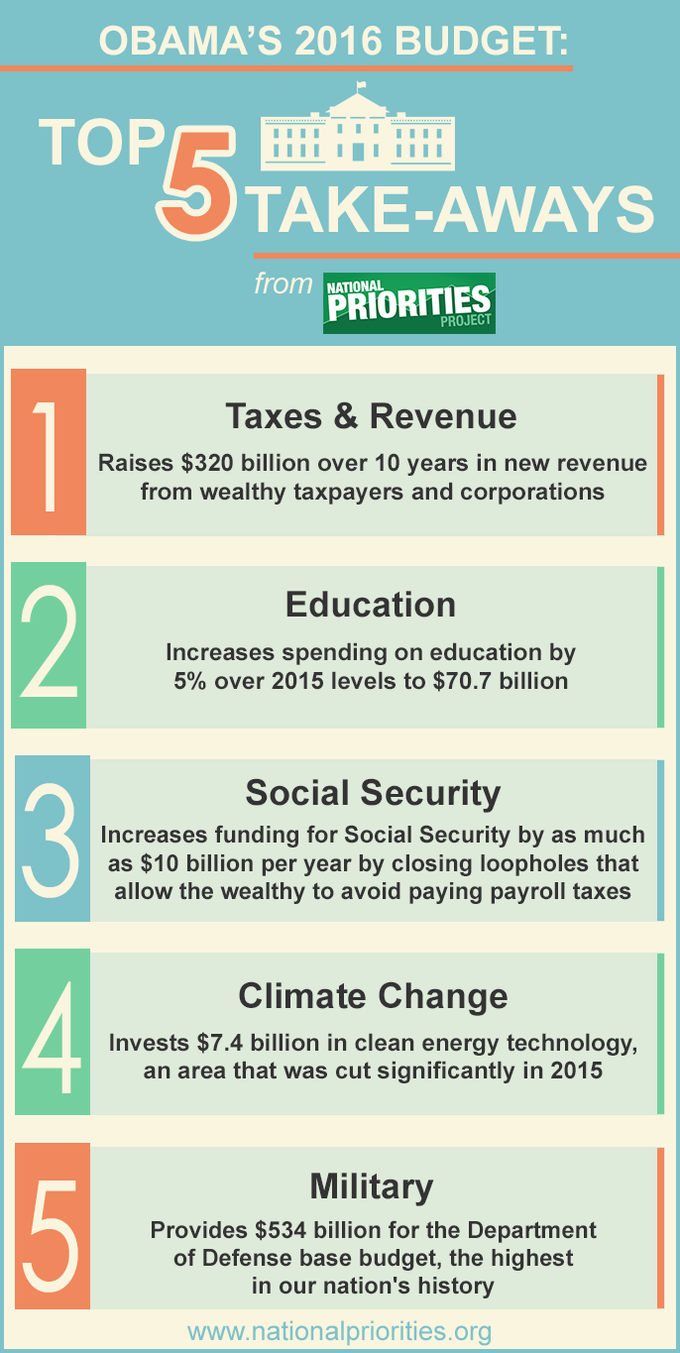 President Obama's budget proposal for fiscal year 2016 contains many initiatives that would be widely popular with the American people based on opinion polling. Our research team has analyzed the numbers in Obama's $4 trillion budget and provided a report on what his proposal means for key popular priorities. Here are the top four things you need to know (plus a few bonus items):

67 percent of Americans say that improving the education system is a top priority. (Pew Research Center)

74 percent of Americans say the federal government should be doing a substantial amount to combat climate change. (New York Times)

Other notable elements of the president's proposal include:

Do these funding initiatives align with your priorities? Tell us in the comments or send us a note on Facebook or Twitter.

« What You Need to Know about the President’s Tax Plan

The President's 2016 Budget in Pictures »