Shortchanging Our Vets on Veteran’s Day

We recently heard President Obama announce that he would send troops to Syria to serve in a so-called “advisory” role. And just days prior to that, we heard about the first U.S. combat death in Iraq in four years, even though U.S. troops there were also supposed to be in an “advisory” role. 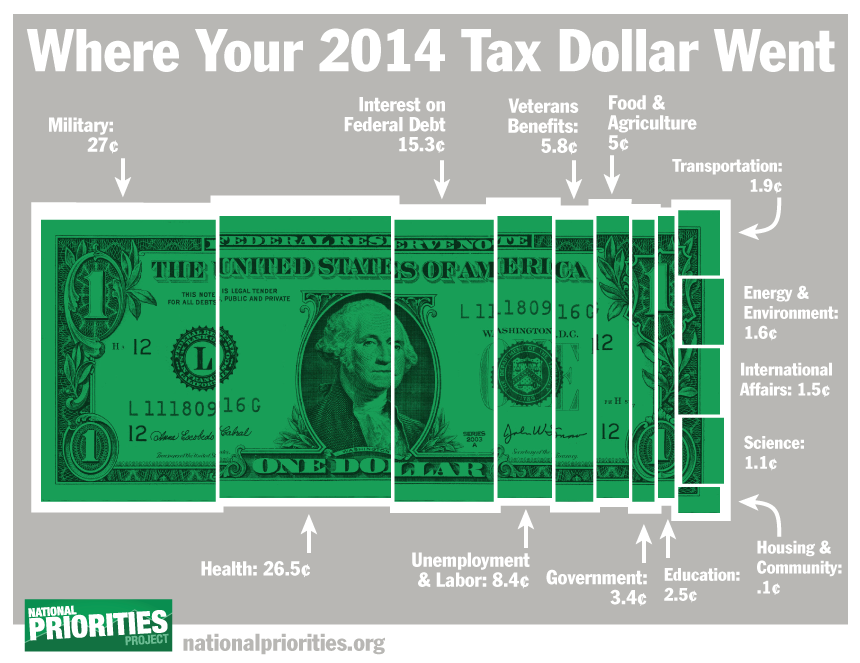 What does it say that we spend so much more on Pentagon bureaucracy and fancy war toys than we do on our troops and our veterans, who return to us at increased risk for suicide, homelessness, mental health issues and more?

To learn more about how your tax dollars are spent, check out our tax day resources. If you don’t like what you see, be sure to check out our new and improved trade-offs tool that lets you reallocate federal spending on priorities you care about.

« What Do You Want to Hear in the Republican Debate?