If I didn't have Medicaid, I'd probably be out in the streets.

Federal spending for health programs is projected to total $897 billion in fiscal 2013. Health care is the fastest-growing type of federal spending, having risen from 7 percent of the federal budget in 1976 to more than 23 percent today. Controlling health care costs is a central challenge facing our elected officials. Republicans in Congress have proposed downsizing Medicaid in order to reduce health spending, while some Democrats have proposed pay-for-performance health care to drive down costs. Meanwhile early assessments of some provisions of the Affordable Care Act, also known as Obamacare, suggest that the health reform law is slowing the rise in health care costs – though economists warn that it’s too early to know for certain.

Medicare Is Not Going Bankrupt

Medicare is funded by general tax revenue as well as a trust fund. That trust fund finances Medicare Part A, also known as Hospital Insurance – and that part of the program will run into financial problems in 2026, thus requiring some changes to put it on secure financial footing. Meanwhile other components of Medicare – such as Part B, Medical Insurance, and Part D,  prescription drug benefits – are funded by general tax revenue and thus cannot go bankrupt.

Nearly every provision of Obamacare is scheduled to go into full effect by Jan. 1, 2014. That means all Americans will be required to have health insurance or pay a fine. The federal government is expanding Medicaid and offering subsidies to qualifying families to make health insurance more affordable. Meanwhile some lawmakers who oppose Obamacare are pushing for delays or cancellations of Obamacare to prevent it from taking effect in 2014. 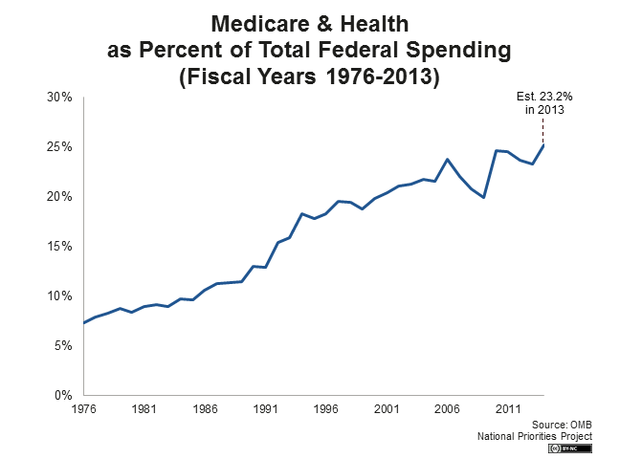 How do you propose ensuring the long-term effectiveness of Medicare, Medicaid, and CHIP?

For Info on Federal Health Care Spending in Your Own County