I do see the value of taxes, if they’re properly distributed … the inequity in wealth in our country now has just gotten to be obscene. And the more it heads in that direction, the worse things are going to be.

Your Tax Dollars At Work

Approximately 80 percent of all federal tax revenue comes from the paychecks of regular Americans, through income taxes and payroll taxes, and that money supports education, clean drinking water, public transportation, and Social Security, among many other things.

According to the White House, all loopholes, credits and deductions in the tax code together total $1.2 trillion in lost revenue in fiscal 2013 – about 16 times the size of Bill Gates’ fortune, and substantially larger than the entire budget deficit this year. In other words, if there were no tax breaks in the tax code, the federal government would be running a budget surplus.

According to the Congressional Budget Office, the top 10 tax breaks total $900 billion in savings for taxpayers, and more than half of that $900 billion goes to the top 20 percent of income earners.

Congress is considering a complete overhaul of the tax code through a “blank slate” approach – meaning they’ll start with a tax code with no loopholes and then determine which tax breaks should be preserved. That means this is an important moment for regular Americans to have an impact on what’s happening on Washington – by contacting your legislators and telling them your priorities. 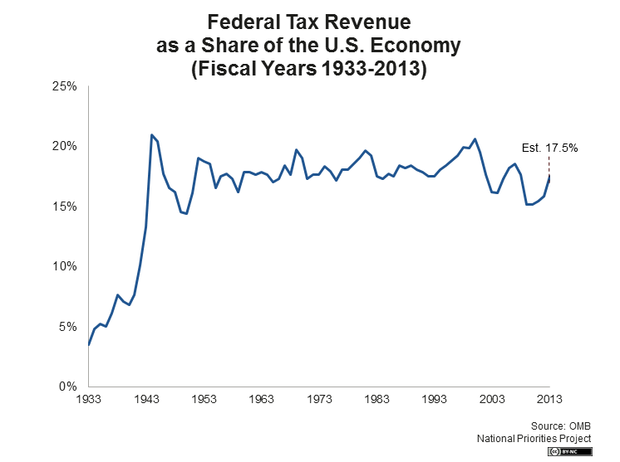 What changes to the tax code do you support? Do you think additional revenue raised through tax reform should be used for federal programs like education, or should it be used to reduce budget deficits, or to lower tax rates?