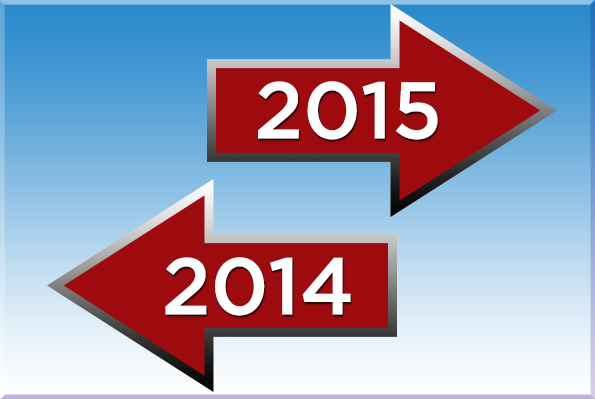 As we approach the end of another year, the team here at National Priorities Project has been looking back at our victories and favorite moments from the past twelve months. We’re proud of what we’ve been able to accomplish and grateful for your role in our successes as a partner, friend, and ally.

To celebrate the year gone by, we've compiled the Top 14 NPP Moments from 2014:

14. On Tax Day 2014, NPP’s personal tax receipt and breakdown of how the federal government spends taxpayer dollars was featured in 58 media outlets and shared widely on social media and online. We also partnered with MomsRising, National Women’s Law Center, and Americans for Tax Fairness, on a “tweetchat” about taxes that reached 1.1 million Twitter users.

12. We led a webinar with the Investigative News Network, an association of investigative journalists at local and regional news outlets across the country. They raved about NPP’s localizable and embeddable tools tracking federal spending.

11. Our Director of Data and Technology Becky Sweger spoke as part of a panel of experts hosted by the U.S. Treasury about the DATA Act, a newly-enacted law which seeks to increase data transparency in the federal government.

10. In honor of NPP’s founder, Greg Speeter, we established the Greg Speeter Social Change Lending Library with a collection of noteworthy books and resources.

8. With colleagues at Peace Action, NPP Research Analyst Jasmine Tucker led trainings with activists in Wisconsin, Ohio, North Carolina, and Connecticut about the military budget and how to “Move the Money” from defense to other federal spending areas focused on human and social needs.

7. Our analysis of the 2014 “cromnibus” reached more than half a million people on Facebook when we compared funding for defense contractors with military pay raises.

6. Research Director Lindsay Koshgarian co-authored an essay with Heidi Garret-Peltier of the Political Economy Research Institute on the job-creating potential of federal investments in clean and renewable energies that combat climate change.

5. In a breakthrough analysis, NPP exposed how the Pentagon has been using dollars allocated for war as a “slush fund” for its base budget, avoiding cutbacks in spending required by sequestration. The story was carried by TomDispatch, Mother Jones, The Nation, The Huffington Post, and others.

4. Our unique dataset tracking the cost of federal tax breaks over the past 40 years was used as part of a campaign to mobilize advocacy around closing corporate tax loopholes and pushing comprehensive tax reform.

3. In September, as military action against ISIS began escalating, we launched a new Cost of War counter tracking per hour spending against ISIS just this year. The counter has been shared by dozens of national partners and cited in The Hill, The Atlantic, The Nation, and regional media nationwide.

2. Our interactive State Smart web publication was the first in the nation to provide detailed tracking of how federal dollars are funneled to states, since the government stopped making this data publicly available in 2010. State Smart was featured in The Washington Post and has been praised by folks at the Hewlett Foundation, Sunlight Foundation, Center for American Progress, Investigative News Network, Coalition on Human Needs, and many more national and regional partners.