Is the End of the Shutdown Near? 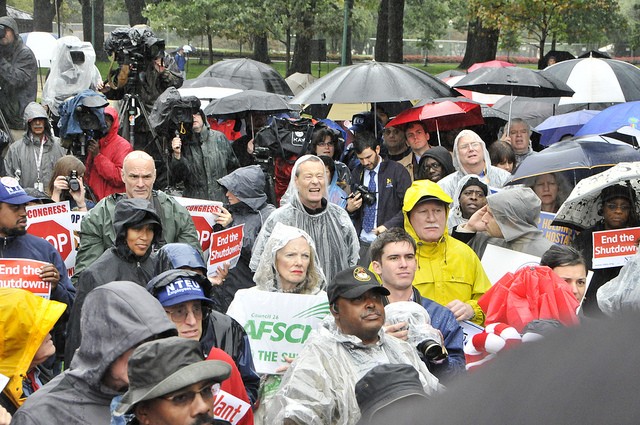 It’s day 33 of the shutdown. An announcement Wednesday by House Democrats offered yet another possible solution to the ongoing government shutdown battle over the president’s demand for $5 billion for a border wall.

Proposals to End the Shutdown

The offer from House Democrats will reportedly include the full $5.7 billion increase for border security the president demanded, but with one big caveat: no wall. Instead, the money could be used to retrofit ports of entry, buy drones and scanning equipment, and hire desperately needed judges to hear immigration cases. They’re calling their border security proposals a “smart wall.”

Then the president offered a counter-proposal of $5.7 billion for a wall and temporary protection from deportation for the young people who had previously registered under the Deferred Action for Childhood Arrivals, or DACA, program. The protections would have excluded young people who qualified for DACA but never registered, people who registered and received protection but fail to reapply, and anyone who never qualified in the first place. And the deal would have offered no permanent protections or paths to citizenship or legal residency for anyone. The Senate bill based on the president’s offer was subsequently revealed to contain additional extreme provisions designed to block immigration, such as automatic deportation of any Central American children who cross the border seeking asylum (as opposed to presenting and being held outside of an official port of entry.)

Needless to say, both of those offers were rejected by the other side. All of the political machinations aside, what could the Democrats’ offer of $5.7 billion for border security really mean?

To put the numbers in context, the entire budget for border security operations in 2017 was $4.3 billion. This budget pays for more than 19,000 border patrol agents and covers not just the 1,900 miles of our southern border, but the 5,000 miles of border with Canada, and 95,000 miles of shoreline. The $6.7 billion budget for Immigrations and Customs Enforcement (ICE) is separate. That $5.7 billion would be a massive increase for border security.

According to a budget release from the Department of Homeland Security, the president’s budget request for $164 million for more border agents would have permitted the hiring of 750 new agents. At that cost, if the $5.7 billion were hypothetically allocated entirely to employing new border agents, it could more than double the number of border agents from 19,437 in 2017 to 45,500 in 2019 (assuming they could be hired that fast).

A Department of Homeland Security budget report boasted that border patrol had apprehended 310,000 people in 2017. Reports suggest that Democrats may offer additional funds for border patrol agents. The border patrol already acknowledged that nearly 300 people died crossing the increasingly militarized border in 2017, and more than 7,000 have died since 1998. Crossing the border is already a very dangerous proposition.

Meanwhile, the budget for immigration courts that hear asylum and deportation cases was $440 million– just over 10 percent of the budget for border patrol.

On day 33, the president has shown no steady sign of compromising on $5.7 billion for a physical wall, even while government employees and poor families increasingly suffer. Budgeting for fiscal year 2019, which is what’s currently held up, began nearly a year ago in February of 2018, when the president released his original 2019 budget request. That request included just $1.6 billion for construction of a wall.

Border Solution Must Not Include a Wall »