Indigenous Peoples Day and the Years of Repair 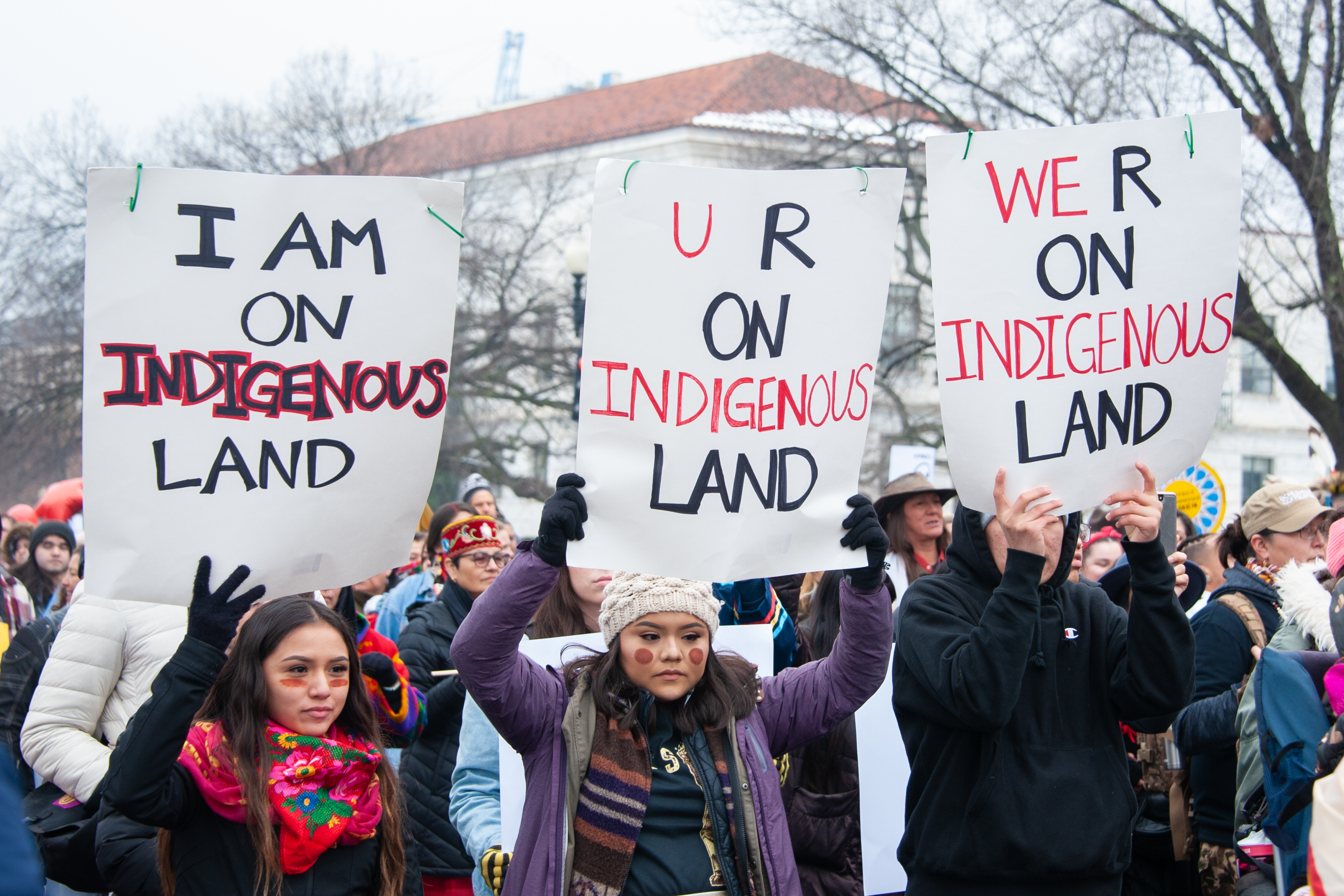 We’re living in a time of converging crises: COVID-19, systemic racism, economic freefall, and climate breakdown. In the midst of this terrifying global moment, it can be tough to stay hopeful about the future. That’s why it’s so important to help each other envision the kind of society we can make possible together.

In this spirit of radical hope, we’re proud to partner with our allies at The Leap to promote the inspiring new short film Message from the Future II: The Years of Repair. The film imagines a future in which 2020 is a historic turning point, where the lessons of the pandemic and global uprisings against racism drive us to build back a better society in which no one is sacrificed, and everyone is essential. The Years of Repair shows how we can transform moments of urgent global crisis into catalysts for demanding and achieving a restorative, progressive vision for the future.

Executive producer Naomi Klein said of the film, “At its most profound level, the Years of Repair are a call to repair the broken stories — of supremacy and dominance — that brought us to this harrowing precipice.” Centering the long-standing demands of Black and Indigenous movements, the film paints a future where an Indigenous Land Back program has returned far more land to Indigenous jurisdiction.

This Indigenous Peoples Day, the Indigenous-led organization dedicated to building Indigenous power NDN Collective who also partnered in the film’s release, launched a campaign by the same name: LANDBACK.

Violent militarism has defined the U.S. settler colonial project since it began. As Lakota historian Nick Estes traces in his book Our History is the Future, “The founding of the United States was a declaration of war against Indigenous peoples.” The U.S. military emerged out of the wars against Native Americans. State violence and surveillance against Indigenous people continues to this day, a continuation of the violent wars of conquest that began centuries ago.

One site of such colonial violence is along the United States’ southern border, where Indigenous people are leading resistance against the construction of the border wall. Tohono O'odham, Akimel O'odham and Hia-Ced O'odham tribes have lived in the Sonoran Desert long before borders were drawn through the so-called Americas. The international border erected between what is currently the United States and Mexico cuts through ancestral O’odham homelands and the construction of a border wall is now violently desecrating those homelands.

Indigenous people have not only been impacted by the construction of the border wall, but the militarization of the entire region by the border patrol. Land and water protectors who have organized to peacefully defend O’odham land have been met with harsh, often militarized, repression. This comes as a recent federal appeals court concluded that diverting money from the Department of Defense budget to fund a border wall on the US-Mexico border was unlawful.

But as the Years of Repair film artfully portrays, another way is possible. Indigenous voices, knowledge, and movements have always embodied this truth. A People’s Orientation to a Regenerative Economy guides us through policy solutions that put us on track for that future, wherein Indigenous sovereignty and values are front and center. The Red Nation's Red Deal is a liberatory platform for climate justice, grassroots reform, and revolution. And the LANDBACK campaign offers a framework to get Indigenous lands back into Indigenous hands and to undo the power structures that created the conditions for Indigenous dispossesion in the first place.

As Conor Varela Handley, NDN Collective LANDBACK Campaign Organizer explains, “We are living in an era of unprecedented environmental change and destruction, where Indigenous Peoples worldwide continue to caretake a large portion of the Earth’s remaining biodiversity and carbon sinks. Returning land to Indigenous hands is the quickest, most effective form of environmental protection and climate action.”

« A New Plan to End the Unemployment Crisis