By William Minter & Imani Countess, from Foreign Policy in Focus 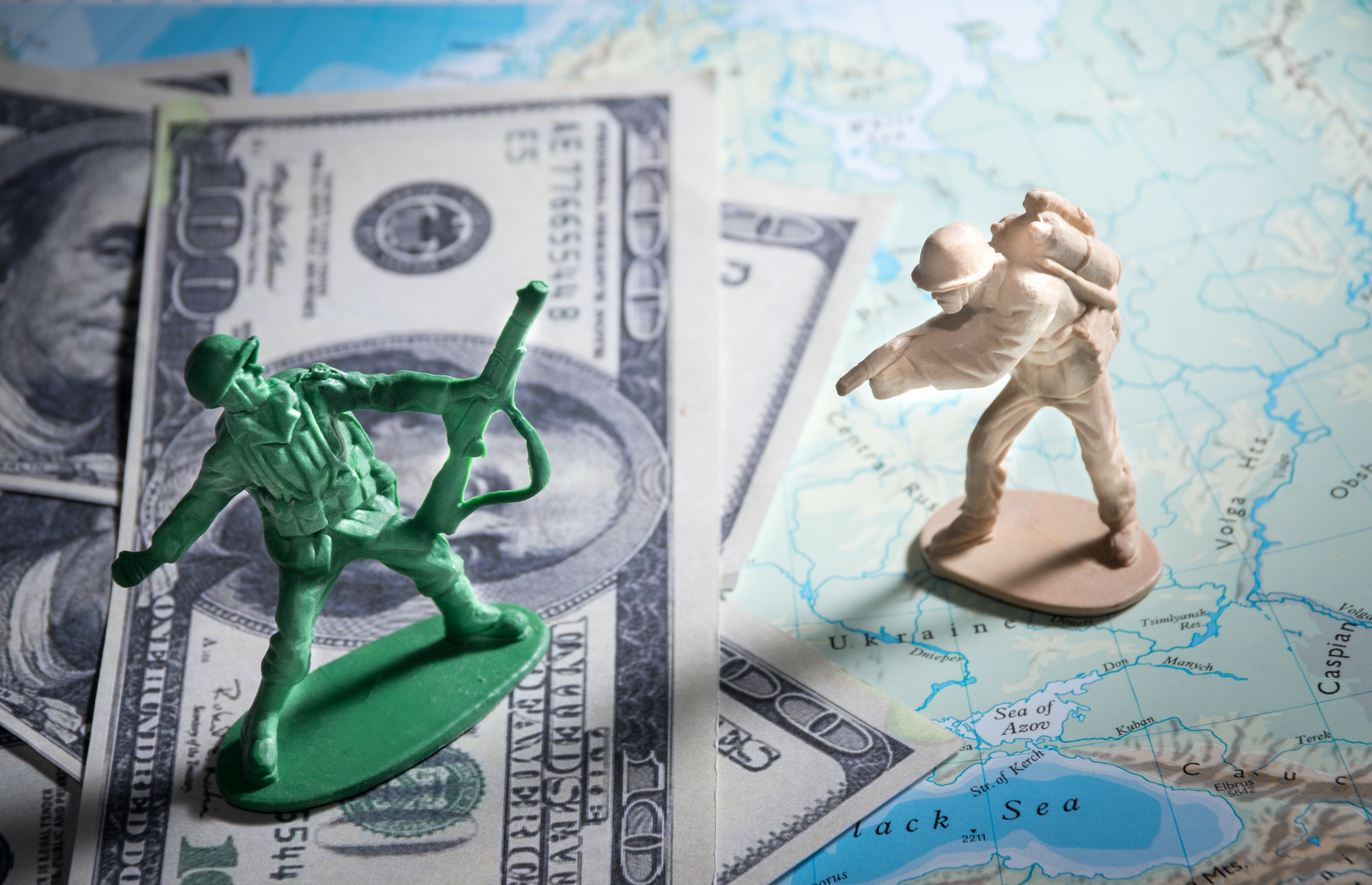 The most consequential election year in most of our lifetimes has featured stark crises unspooling against a backdrop of vigorous activist mobilizations and simmering public outrage. President Trump may lose his reelection bid, but that will not be enough. We need fundamental change rather than a return to the status quo ante.

Climate change, public health, police violence, and the systemic racism manifest in all policy areas are on the November 3 ballot. On these issues and others, there is already significant mobilization to hold a potential Democratic administration accountable.

This will not be easy, especially when it comes to foreign policy.

The Democratic Party platform says that “we cannot simply aspire to restore American leadership. We must reinvent it for a new era.” But it fails to question the legitimacy of American preeminence and exceptionalism — or, more broadly, the understanding of the world as an arena primarily for competition rather than collaboration.

Despite rising criticism of wasted money and endless wars, in late July significant majorities in the U.S. Congress, including Democrats as well as Republicans, defeated an amendment to cut 10 percent from the $740.5 billion military budget. The vote was 324 to 93 in the House of Representatives and 77 to 23 in the Senate.

There are critiques across a wide political spectrum of the U.S. military posture, and widely shared uneasiness about endless wars. But there is still no strong antiwar movement with links to progressive movements focused on domestic policy. The default assumption in public debate is that U.S. wars were and still are aimed at protecting the security of the United States. Military spending to defend against “adversaries” takes priority over spending that would enable the United States to play its part in combating common global threats and investing in human security.

Foreign policy veterans of the Obama-Biden years vary significantly in their views. Some acknowledge that policy cannot just return to the status quo before Trump. Yet even those who are most critical of previous policy still speak of “rebuilding the city on a hill” — the United States as leader and shining example for the world. Few are willing to engage in fundamental questioning of the U.S. global role.

Andrew Bacevich, a longtime critic of militarism, and others at the Quincy Institute for Responsible Statecraft are bringing options for anti-militarist positions into the establishment debate. But more substantive change is only likely to happen with greater pressure from progressive voices that are now largely outside the foreign policy establishment.

To be effective, mobilization must be broad, extending beyond foreign policy-focused constituencies to engage large swathes of the U.S. public. This vast reach marked the movement against the Vietnam War and the solidarity movements with Southern Africa and Central America in the 1970s and 1980s. Those mobilizations, however, were largely driven by external events and nightly news coverage that made the U.S. role impossible to ignore.

Today, as our military engagements drag on with dwindling media attention, there are fewer dramatic headlines to propel global issues into mainstream media and political debate. This makes it difficult, though by no means impossible, to build wider consciousness of global issues.

As progressives, we can educate ourselves now to advance a global perspective and help pave the way for lobbying campaigns by progressive organizations seeking to influence a new administration.

As a first step, activists and organizations working primarily on domestic issues and those working on global or foreign policy issues should build closer links of understanding between them, even as they recognize the need to work along parallel tracks. Examples include the recent article by Max Elbaum in Organizing Upgrade, the wide range of organizations involved in the National Priorities Project, and the inclusion of action against militarism among the key demands of the Poor People’s Campaign.

We should focus on issues, not on personalities. Opportunities for influencing a potential Biden administration will depend on the strength of movements that put forth compelling alternative visions on key issues.

We should reinforce the message from climate justice organizations, such as the Sunrise Movement and 350.org, that the Green New Deal must be global. Among the specific implications: multilateral and bilateral collaboration with China is imperative, while a strategic partnership with the oil-rich Gulf autocracies is obsolete.

The COVID-19 pandemic makes clear that action to protect the right to health must be global. Among the specific implications: the United States must not only support the World Health Organization, but must learn from countries as diverse as Cuba, Vietnam, New Zealand, and South Korea, to name only a few.

As indicated by actions around the world in solidarity with #BlackLivesMatter, progressive activists in the United States need to recognize that anti-Black racism is global and not confined to any one country. This racism shows itself in the treatment of Africans and Afro-descendants in a wide range of countries and is reflected in the position of the African continent in the global hierarchy.

Both domestic law enforcement and the conduct of foreign wars continue to reflect the history of conquest, slavery, and U.S. empire of earlier centuries. The continuing effects of the “original sin” of slavery are now widely recognized; the effects of our imperial past on indigenous populations and the world receive less attention. Both domestic and global inequalities of all kinds are rooted in the history of conquest and empire as well as of slavery.

Follow the money! In communities around the country, local authorities are being challenged to divest from over-policing and invest in community needs instead. The same scrutiny and demands should apply to the federal budget, redirecting resources away from the military and toward investment in global public goods that advance human security.

It is also essential to address tax injustice by applying higher rates to the ultra-rich and by pursuing the wealth hidden in offshore accounts by corporations and wealthy elites around the world.This loss of capital is particularly acute for African countries, where local elites are conniving with a global network of facilitators to loot the continent.

Efforts to curb such looting, by locating and taxing hidden wealth, would free up funds to be invested in Africa’s urgent needs. The Stop the Bleeding campaign of African civil society groups, coordinated by Tax Justice Network-Africa, is working toward this aim with support from the Global Alliance for Tax Justice.

We should not shy away from confronting tough political issues with alternative frameworks. An area of particular concern, given current political biases among Democratic as well as Republican establishments, is support for justice in Palestine and Israel through global solidarity, including Palestinian, Jewish and other activists in the United States.

We also need to mobilize resistance to the bipartisan trend toward a new Cold War with China, and support partnership for justice based on reliable information rather than arrogant unilateral intervention in crises such as those in Venezuela and Ecuador.

Don’t Be Afraid to Dream

To challenge a new Democratic administration and inspire progressive mobilization, we should advance not only practical policy goals but also new visions of mutual cooperation beyond those presently thinkable. One clear albeit difficult example is the case of Cuba, where U.S. policy has been paralyzed for decades by right-wing pressures.

A progressive agenda for U.S.-Cuban relations should begin with the reversal of new restrictive measures imposed by the Trump administration and progress toward full elimination of the trade embargo and travel restrictions that have defined U.S. policy for almost six decades.

A more ambitious goal would be to stress U.S. collaboration with Cuba in promoting global health, as happened in the case of Ebola in West Africa. The United States should be prepared to accept future Cuban offers of assistance with disaster relief and preparedness, an offer that the George W. Bush administration rejected in 2005 after Hurricane Katrina.

Most visionary, but also beneficial to both countries, would be for the United States to ask Cuba for technical assistance in developing equitable public health policies in this country—and to pay generously for such assistance. That could promote mutual understanding as well as begin to pay for repairing the damage done over many decades of U.S. intervention in Cuba.

Imani Countess is an Open Society Fellow focusing on economic inequality. William Minter is the editor of AfricaFocus Bulletin. This article, which appeared first in Organizing Upgrade on September 22, builds on a multipart essay series entitled Beyond Eurocentrism and U.S. Exceptionalism.

« Indigenous Peoples Day and the Years of Repair

As Historic Nuclear Ban Enters into Force, It’s Time for the US to Help Put an End to the Nuclear Age »