The U.S. ‘War on Terror’ Has Displaced At Least 37 Million People

By David Vine, originally published by Foreign Policy In Focus 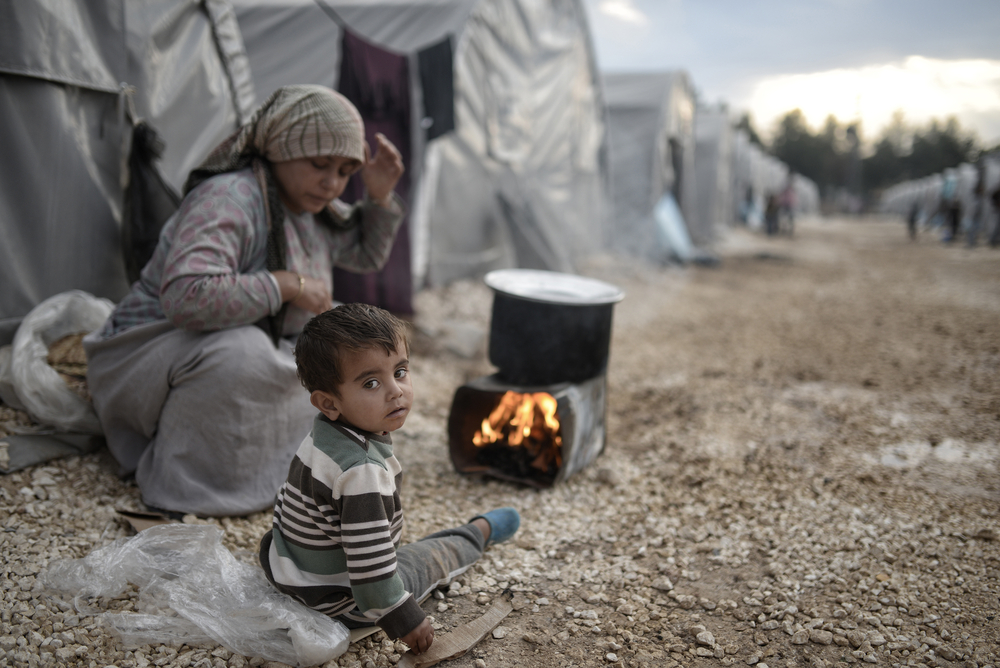 Over the last week, considerable debate arose around a calculation I helped produce showing that the wars the U.S. government has fought since the attacks of September 11, 2001, have forced at least 37 million people — and perhaps as many as 59 million — to flee their homes.

As a co-author of the underlying report, produced for Brown University’s Costs of War Project, I was encouraged by the attention in the media — which ranged from the New York Times to Fox News — because it has generated interest in the millions of people displaced by the U.S. “global war on terror.” My American University co-authors and I note that no one inside or outside the U.S. government has previously calculated how many people these wars have displaced.

The report conservatively estimates that eight of the most violent “counterterror” wars the U.S. government has engaged in since 9/11 — in Afghanistan, Iraq, Libya, Pakistan, the Philippines, Somalia, Syria and Yemen — have produced 8 million refugees and 29 million internally displaced people. The 37 million total displaced is more than those displaced by any war since at least the start of the 20th century, except World War II.

Critiques of the report centered around the degree to which the U.S. government is responsible for displacement in all eight of these countries.

People agreed that the George W. Bush administration launched the wars in Afghanistan and Iraq. However, some have said that the other countries we include in our estimate — Libya, Pakistan, the Philippines, Somalia, Syria, and Yemen — are incredibly complex conflicts in which the U.S. government has been a less central combatant, making it hard to say what role, if any, the U.S. government has played in creating displacement.

Yet the purpose of our report is not to assess relative responsibility for displacement among different actors. Our report says clearly, “We are not suggesting the U.S. government or the United States as a country is solely responsible for the displacement.” The Taliban, Iraqi Sunni and Shia militias, the Islamic State, Al Qaeda, the U.K. government and other U.S. allies, and Bashar al Assad share considerable responsibility along with other combatants, governments, and actors.

Instead, our goal, in keeping with those of the broader Costs of War Project, is to shed light on the often unacknowledged costs of the U.S. government’s 19-year-long “war on terror.”

Our study focuses on the eight countries where the U.S. government bears significant responsibility for wars it has launched (Afghanistan and the oft-ignored overlapping war in Pakistan triggered by invading Afghanistan, and Iraq); escalated as a major combatant (Libya and Syria); or intensified through drone strikes, battlefield advising, logistical support, weapons sales, and other military aid (Yemen, Somalia, and the Philippines).

Of course these are complex conflicts in which many actors — in many cases not primarily U.S. actors — have committed the violence that has displaced people. Still, we include countries  beyond Afghanistan and Iraq in our count because the U.S. government has played an undeniable and deep systemic role in these “other wars” through the “war on terror’s” combat troop deployments, contributions of military support, the rhetoric of “counterterrorism,” and the trillions of dollars that have supported these efforts. Reckoning with the effects of the entirety of our “war on terror” is a responsibility U.S. citizens cannot ignore.

With Syria in particular, many readers of the report have rightly noted the difficulty in assessing the U.S. role in causing displacement. Again, we are not blaming the U.S. government alone for the displacement of the 7.1 million Syrians we include in our total. Deep responsibility lies with other combatants who have played larger roles during the Syrian civil war (2011–present). They include Assad and the Syrian government, the Islamic State, Syrian rebel groups, the Russian and Turkish governments, and other outside forces.

As a result our methodology for calculating displacement linked to U.S. involvement in Syria was conservative. We began our calculation in 2014, when the U.S. military started fighting in Syria, but we could have included larger numbers displaced due to U.S. support for Syrian rebels since at least 2013. Some would argue that we should include all of Syria’s displaced (likely more than 20 million people since 2011) given the role of the U.S. wars in Iraq and Afghanistan in destabilizing the Middle East and creating the Islamic State and other militant groups in the first place.

Our calculation also focused narrowly on Syrians displaced in and from five of Syria’s 14 provinces where U.S. forces have fought the Islamic State and operated from military bases since 2014. This is how we derive the figure of 7.1 million displaced, which is well under half of Syria’s total displaced people. It’s important to note that our calculation is an estimate based on the best available data from the UN refugee agency, UNHCR, and other international organizations; displacement statistics are always estimates giving a sense of displacement’s scale rather than precise counts.

The larger point is that tens of millions have been displaced by the wars the U.S. government has engaged in since 2001 in the name of fighting terrorism.

Ultimately no number can convey the immensity of displacement’s damage. For individuals, families, towns, cities, regions, and entire countries, displacement has caused incalculable harm physically, socially, emotionally, and economically. We encourage others to build on and improve our research.

Many, we hope, will agree on the bottom line: we must focus on the suffering of those forced by war to flee their homes.

David Vine is Professor of Anthropology at American University in Washington, DC. Vine is the director of the American University Public Anthropology Clinic and a board member of Brown University’s Costs of War Project. Vine’s newest book, The United States of War: A Global History of America’s Endless Conflicts, from Columbus to the Islamic State (University of California Press), will be released on October 13.

« It’s a Pandemic. Military Spending Hikes Should Be Off the Table.