If the president is correct about projected spending and revenues in fiscal 2013, the U.S. Treasury will collect $2.9 trillion in taxes and the federal government will run a deficit of roughly $901 billion. That’s down from $1.32 trillion in fiscal 2012—a reduction of more than 30 percent. Still, borrowing would account for 24 percent of total revenues in 2013. A survey conducted on Feb. 9 found that Americans ranked deficit reduction as their number two priority for the president’s new budget, after job creation. 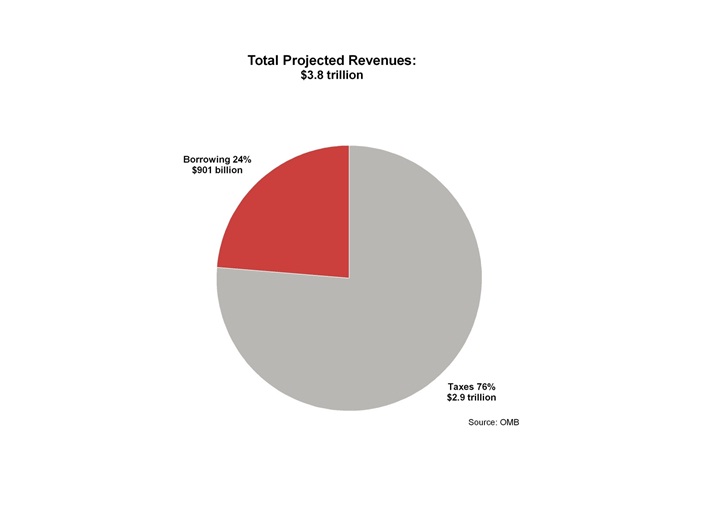 The new budget projects additional decreases in the deficit over each of the next five years, with the deficit dropping to $612 billion, or 3 percent of GDP, by fiscal 2017. That’s down from a high of 10 percent of GDP in 2009, during the height of the Great Recession. 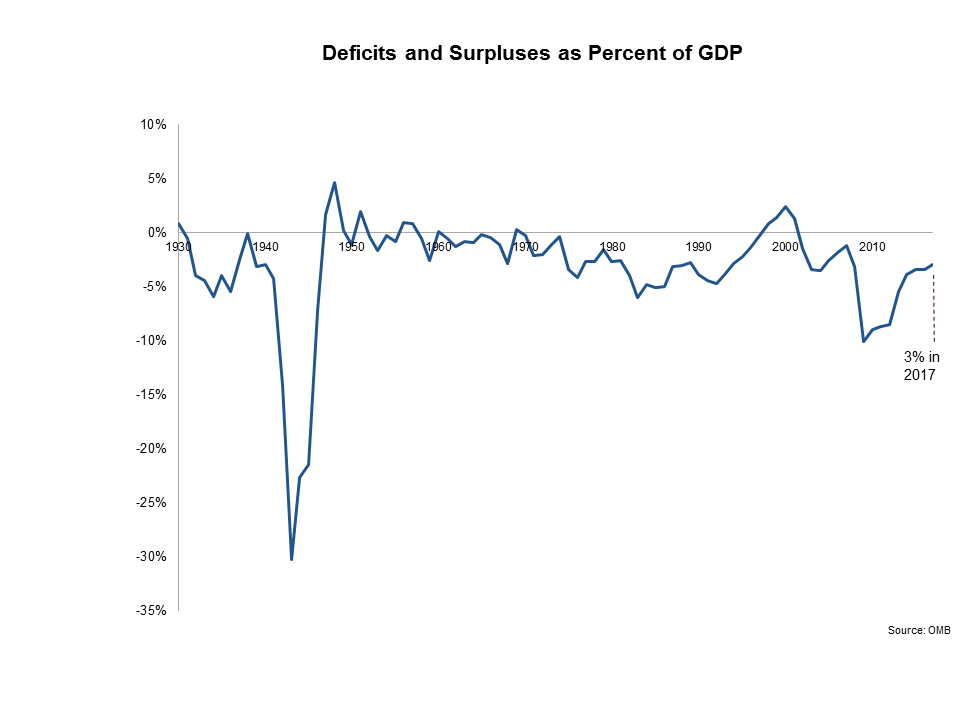 As part of the Budget Control Act of 2011, Congress and President Obama agreed to spending caps that reduce discretionary spending by nearly $1 trillion over the next decade. The president’s 2013 budget generally abides by those caps, and by 2022, it’s projected that those caps will reduce annual discretionary spending to 5 percent of GDP, from 8.7 percent in 2011.

In all, the Obama administration estimates that the new budget request will result in $4 trillion in deficit reduction over 10 years, relative to previous projections. In addition to reducing spending, the budget achieves the $4 trillion in deficit reduction from increased tax revenues that result from the stronger economy; reductions in war spending in Iraq and Afghanistan; and changes in the tax code that increase taxes on the wealthiest Americans and close some corporate tax loopholes. A February 2012 poll found that 85 percent of Americans favored raising taxes on the wealthy to help reduce budget deficits.

In addition to setting caps on discretionary spending, last year’s Budget Control Act also formed the super committee, a 12-member committee of lawmakers from the House and Senate, which was tasked with finding $1.2 trillion in deficit reduction over 10 years. The super committee failed to come up with such a proposal, however, and as a result the Budget Control Act mandates that automatic spending cuts, called sequestration, will take effect in January 2013. Sequestration would result in cuts to discretionary spending amounting to more than $100 billion in each of the next 10 years. The president’s new budget, however, does not plan for sequestration and instead proposes achieving the required deficit reduction with the methods described above, including higher taxes for wealthy Americans.