Money In, Money Out

This graphic shows where all the money in the federal budget comes from, and where it goes, in the president’s budget request for fiscal year 2013. 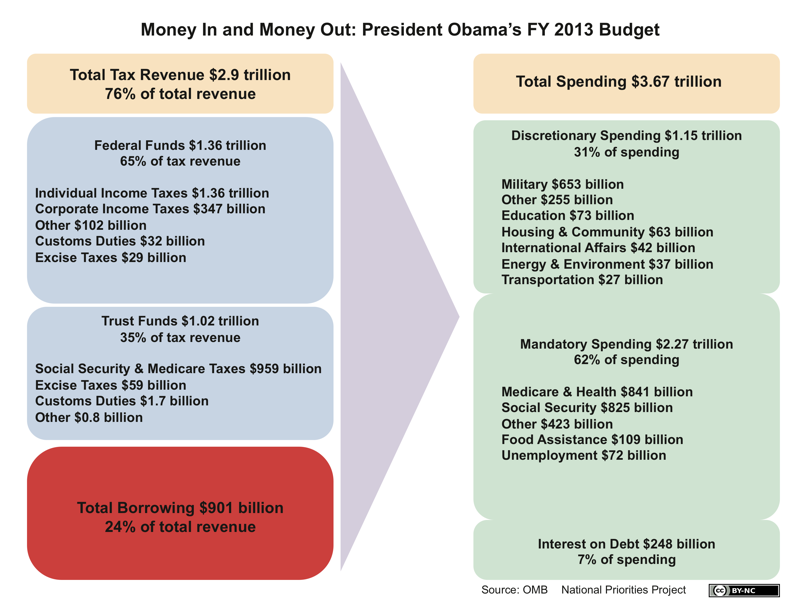 But all tax revenues—federal funds plus trust funds—together will total only 76 percent of all the money spent by the federal government in fiscal year 2013. The rest will come from borrowing, according to projections in the president’s budget.

The federal government then will use those trillions of dollars of tax revenue and borrowed funds to pay for all federal programs. Thirty-one percent of all federal spending in fiscal 2013 will fund the discretionary budget, which includes the military as well as most domestic programs—such as education, scientific research, and the National School Lunch Program.

Finally, 7 percent of the federal budget in fiscal 2013 will fund interest on the federal debt.