War is a Failure; Will We Take a Chance on Diplomacy? 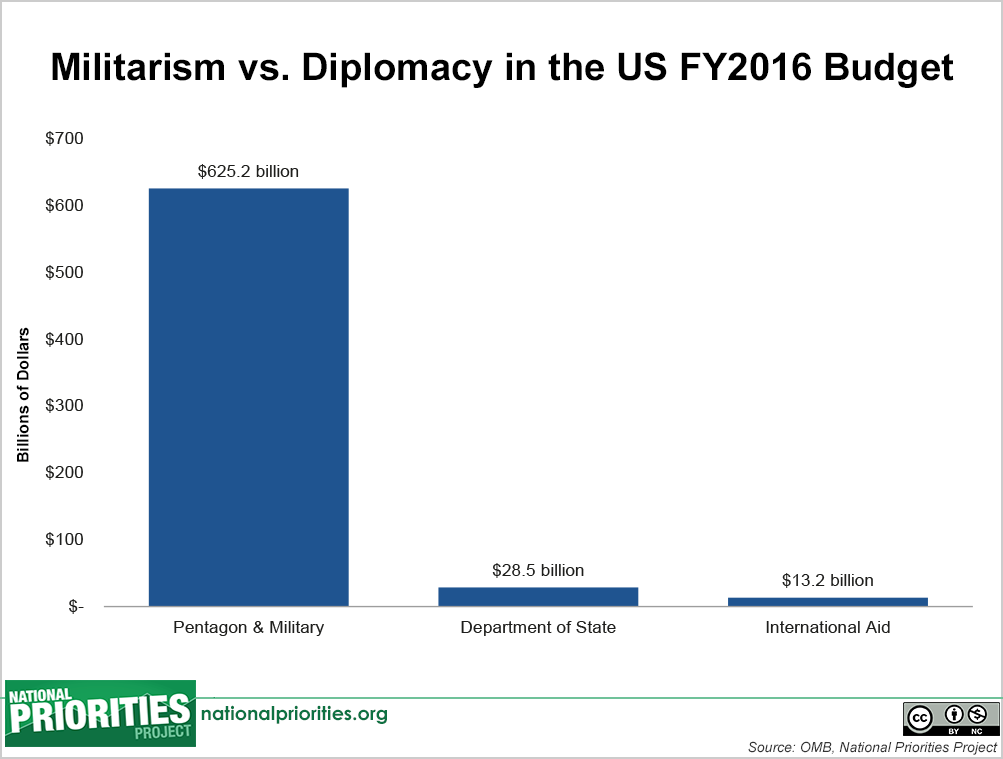 Recent terrorist attacks in Brussels, Istanbul, and elsewhere have left us heartbroken and searching for answers.

We know that there are no easy answers forthcoming. The temptation to respond quickly and forcefully is great, but we must ask ourselves the real purpose of such a response.  Knee-jerk military actions are our new normal. Very few of our nation’s young people can recall a time when we have not been at war. After a decade and a half, the U.S. has spent nearly $1.7 trillion on war since 2001, including nearly $9 billion on operations against ISIS.

What do we have to show for it? When will we know it’s been enough?

There is another way to resolve conflicts abroad – and that’s through diplomacy. But if the way we spend federal dollars reflects our national priorities, it’s clear we think military and war solutions are far superior to diplomatic efforts: for every $22 we spent on the Pentagon and war, we spent just $1 on diplomacy.

Diplomatic efforts won’t guarantee solutions with ISIS or others, but they are our best chance at peace. It’s time to forge a new path with new priorities, to make a strong diplomatic push to end these pointless wars that have cost us too much, both in dollars, and in human lives. Things can change, but we have to stand together and ask our leaders to invest in our best hope for peace, diplomacy, in order for it to happen.

Webinar: Do You Know Where Your Tax Dollar Went? »