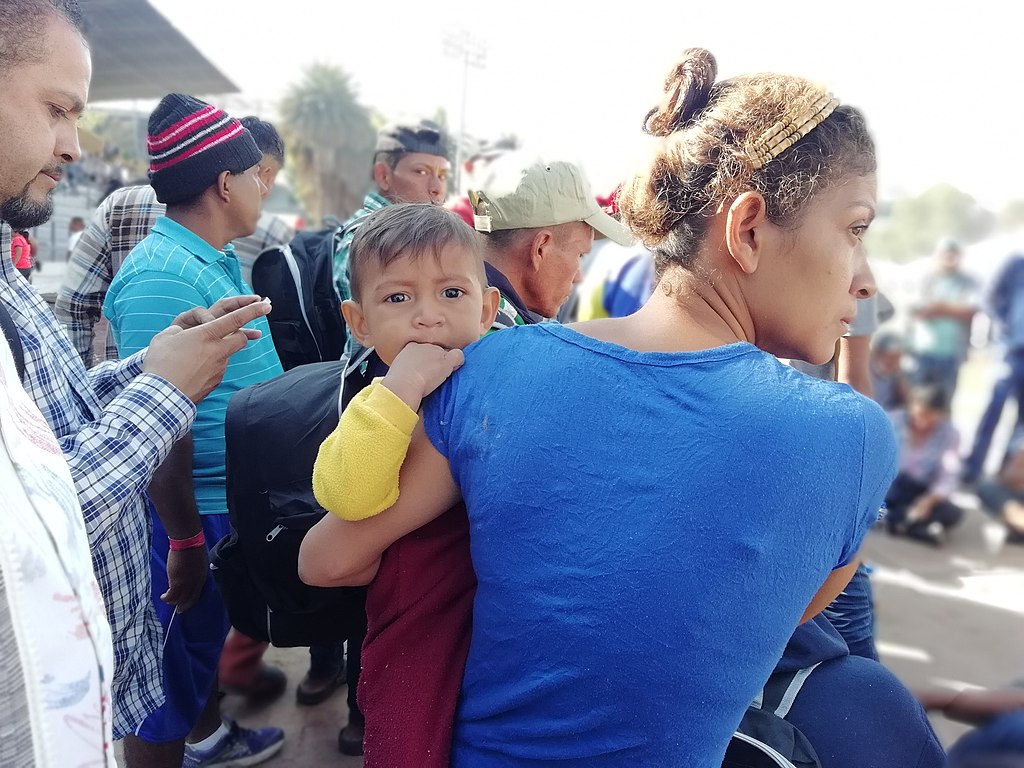 Refugees with the migrant caravan in Mexico. Photo by Wotancito, Wikimedia Commons.

The Trump administration’s deployment of military troops against a migrant caravan of unarmed refugees at the U.S./Mexico border was bad enough as a cynical stunt to stoke xenophobia before the midterm elections in November.

The situation keeps getting worse. In an astoundingly cruel escalation, border agents have been tear gassing refugees, including young children, to drive them away.

Some military veterans are calling this border stunt a “profound betrayal of our military.”

But following the news of the Pentagon’s failure of its first-ever audit, perhaps it’s time to expose how the Pentagon has been wasting American tax dollars all along, and be more critical of how our military has actually been used been for decades now.

The use of tear gas against refugee children at the Mexico border, much like police forces’ habitual tear gassing of nonviolent protesters exercising their right to free speech within US borders, is a morbid symptom of our militarized budget in action.

The military deployment at the Southwest border is estimated to have cost $72 million to date since it was ordered at the end of October—pennies by Pentagon standards, but real money to other programs.

The cost of the Trump administration's military deployment to the US-Mexico border is expected to reach $210 million under current plans through December 15, including 5,900 active-duty troops who are supposed to support Customs and Border Protection in "securing" the border—from a caravan of unarmed migrants seeking humanitarian asylum in the United States. That’s more than the annual budget of the National Endowment for the Arts.

That sum does not include the $138 million spent so far on 2,100 National Guard troops who have been deployed on a separate border mission since April.

And that's before last week's announcement that the Trump administration is planning to extend the military deployment by an extra month into January—even more time to commit human rights abuses against unarmed refugees, at even greater expense!

So that's $210 million (and counting) spent to support 5,900 military troops for a month and a half (and counting) on a cruel mission to continue the suffering of already very vulnerable people.

What else could your tax dollars have paid for? 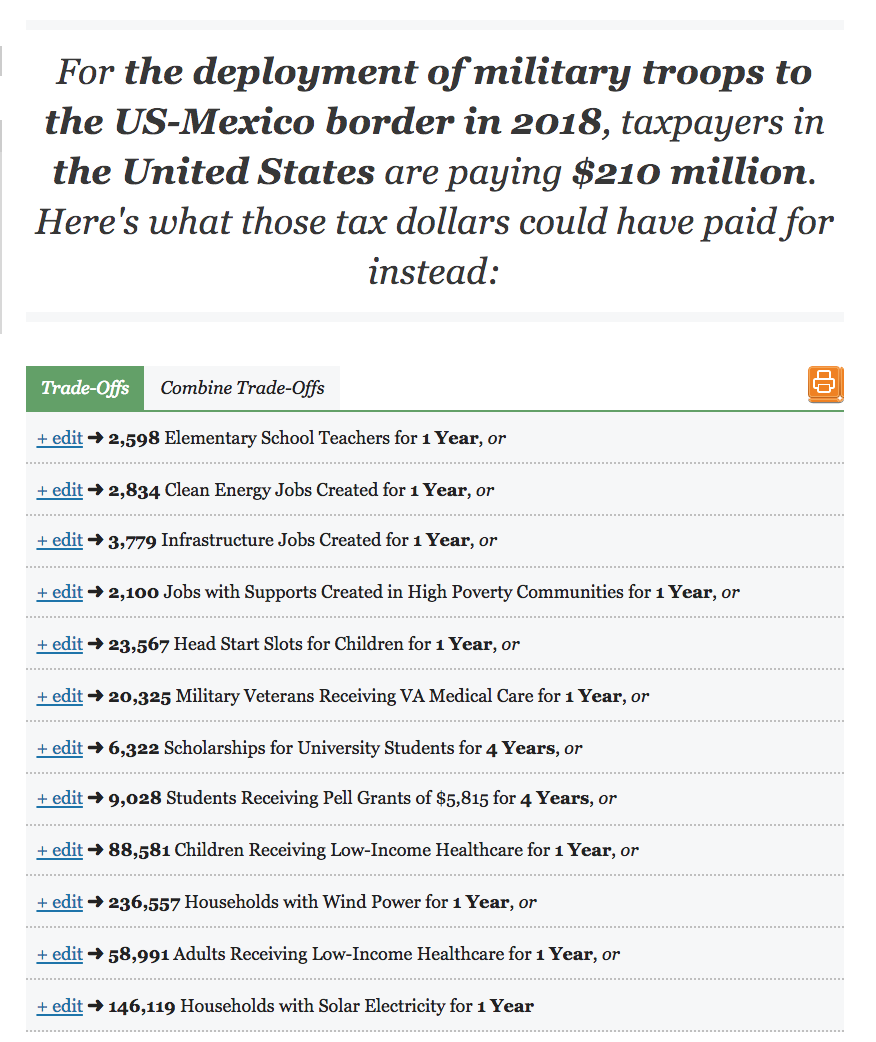 « Call your Senator: Stop the U.S. Role in Yemen War