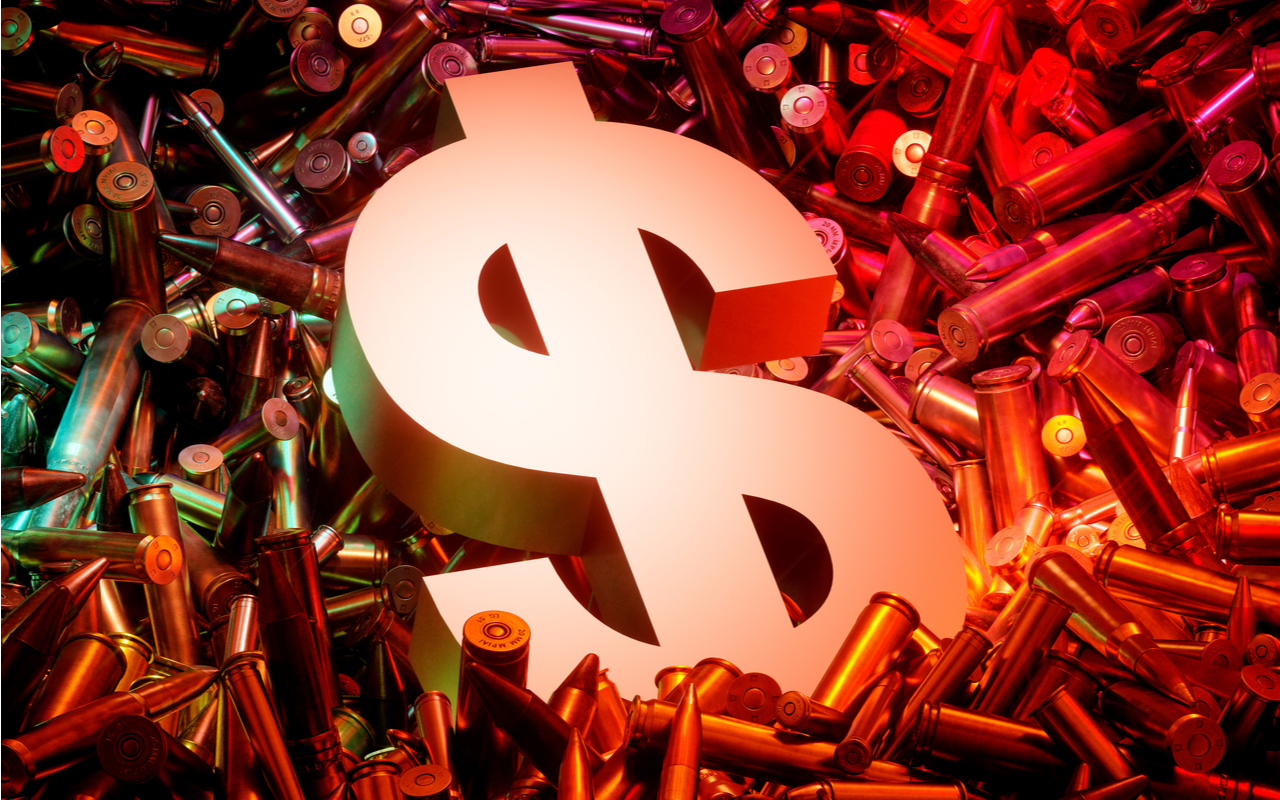 In 2018, taxpayers paid the top government contractor Lockheed Martin $48.7 billion. This was as much as the entire budgets of the Center for Disease Control, Environmental Protection Agency, and international humanitarian assistance combined.

This is hardly surprising; since 9/11, the United States has spent over $6 trillion waging wars around the world, and the defense industry has reaped the benefits. In the same time period, government spending on military contractors has increased 164 percent, with corporations in FY2020 receiving more than 40 percent of the already massive Defense Department budget.

Both top defense executives and the Pentagon therefore have a vested interest in keeping the militarized budget high; corporations are continuously granted new contracts and the U.S. maintains its status as the biggest military force in the world.

Despite ethics laws and private sector protections to prevent conflicts of interest between these corporations and the government, the military-industrial complex is well entrenched in Washington D.C., and vice versa.

This is because the laws regulating the revolving door, the movement of officials from the public sector to the private sector and back, are ineffective and do little to slow or stop the practice, ultimately hurting public interests.

The revolving door is not a new phenomenon. In 1965, President Lyndon B. Johnson stated “every citizen is entitled to have complete confidence in the integrity of his [their] government,” when issuing Executive Order 11,222 which was meant to prescribe “standards of ethical conduct for government officers and employees.”

Even earlier, President Dwight D. Eisenhower warned specifically of the growing power of the military-industrial complex and how such a collaboration between the government and the military industry was vulnerable to abuse of power.

A Project On Government Oversight (POGO) report from 2018 shows how poignant a warning this is nearly 60 years later; looking specifically at the top 20 military contractors in FY2016, POGO found 645 instances of when the top military industry corporations hired “former senior government officials, military officers, Members of Congress, and senior legislative staff as lobbyists, board members, or senior executives.”

For example, former Secretary of Defense Jim Mattis was on the board of directors for General Dynamics from 2013 -2017, the fourth largest government contractor in FY2018 receiving $17.5 billion. Following his tenure from 2017 to 2019 he was re-appointed as a director only eight months after leaving his post as Secretary.

Under the Trump administration the revolving door has only spun faster as more and more private sector executives make the jump to the public sector with little government or military experience.

The influence-peddling of the military industry is hardly partisan, however. Recent amendments in the House and Senate to cut 10% of the Pentagon budget were voted down by the majority of Democrats and Republicans, despite the effort being supported by 56 percent of Americans.

The tangled mess of federal ethics laws have proven inefficient in slowing the revolving door, and consequently are perpetuating the monopolization of the military industry. In turn this thwarts competition and performance, results in higher contract prices for the military and taxpayers, and can diminish military effectiveness.

The Pentagon’s revolving door is just one of many that exists in Washington D.C.; Wall Street, oil and gas corporations, big pharma, and tech giants all have ties to Congress, and so long as they are present and welcomed, private corporate interests are always going to be put ahead of public well-being and care.

Democrats and Republicans alike are complicit in perpetuating these abuses of power, so taming private influences will require reigning in and eventually ending the revolving door entirely. Doing so will not only ensure the policies and investments the government makes are in the best interest of the masses but will also be a welcome step in striving for a world centered on care, sustainability, and peace.