COVID Shrank the Global Economy, but U.S. Military Spending is Still More Than Next 11 Countries Combined 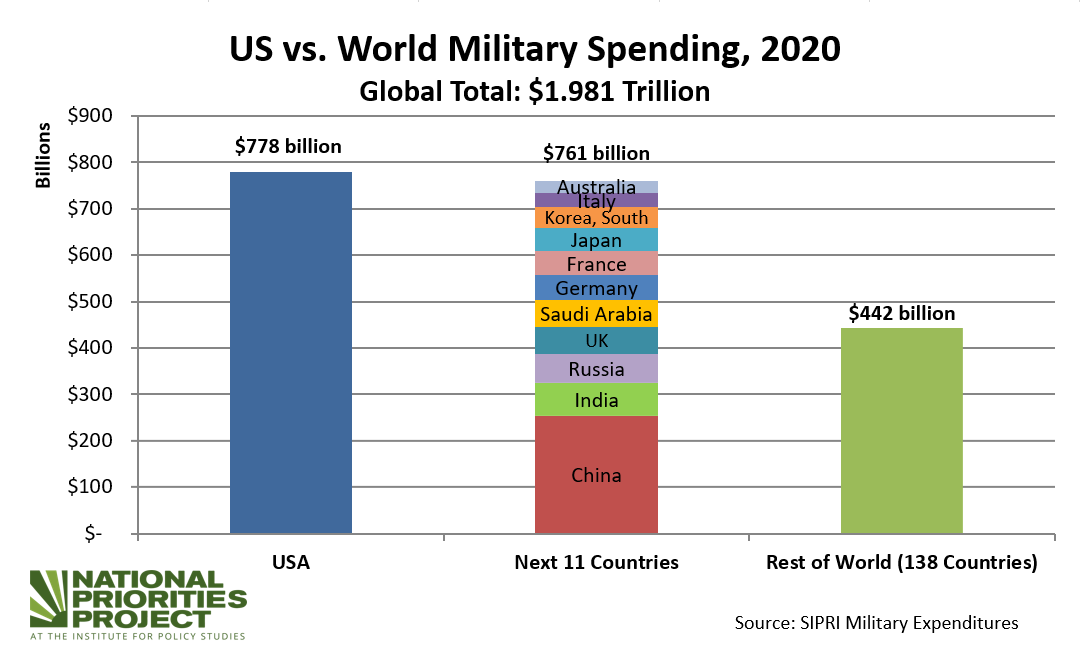 The world spent almost $2 trillion on militaries in 2020, according to the latest data on global military expenditures compiled by the Stockholm International Peace Research Institute (SIPRI). That's a military spending increase of 2.6 per cent in real terms since 2019, even as global gross domestic product (GDP) shrank by 4.4 per cent due to the economic impacts of the Covid-19 pandemic.

The United States was a major driver of this growth, with its $778 billion in 2020 representing an increase of 4.4 percent since 2019. This is the third consecutive year of growth in US military spending, which now accounts for a full 39% of global military spending. That's more than the next eleven countries combined, a marked increase from 2 years ago when it was merely larger than the next seven combined.

This increase "reflects growing concerns over perceived threats from strategic competitors such as China and Russia, as well as the Trump administration’s drive to bolster what it saw as a depleted US military," said Alexandra Marksteiner, a researcher with SIPRI’s Arms and Military Expenditure Programme, in a press release. 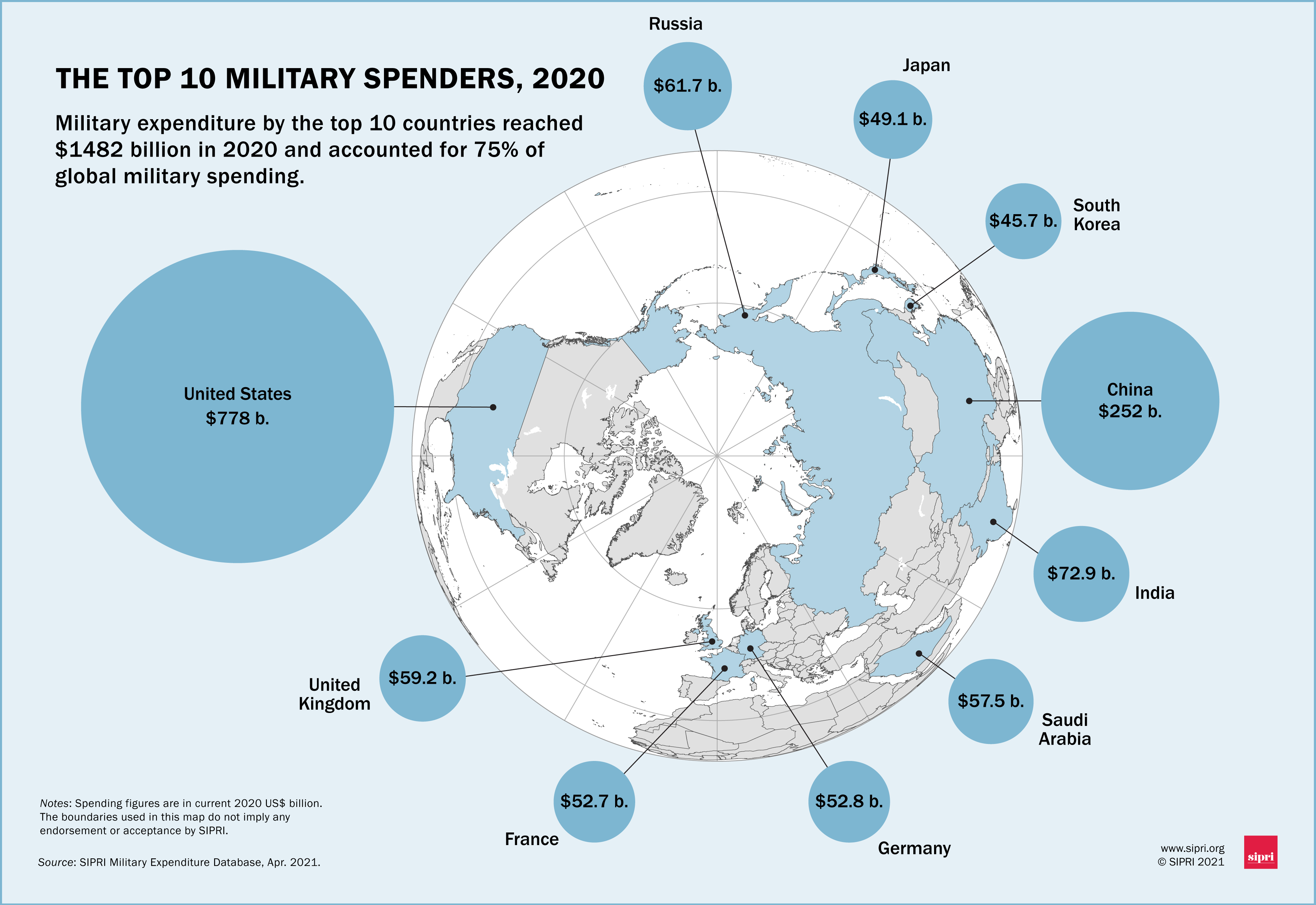 Over-investment in the military is part of what left the US so vulnerable to the pandemic in the first place. The US is continuing to pour money into the Pentagon to escalate against perceived threats to its own dominance, but the kinds of security that really matter require shifting public resources to meet real human needs for all.

« To Some, Reparations Are Common Sense

Does Biden Put His Money Where His Mouth Is On Climate? »