Will the U.S. Stoke War in Ukraine While the World Burns? 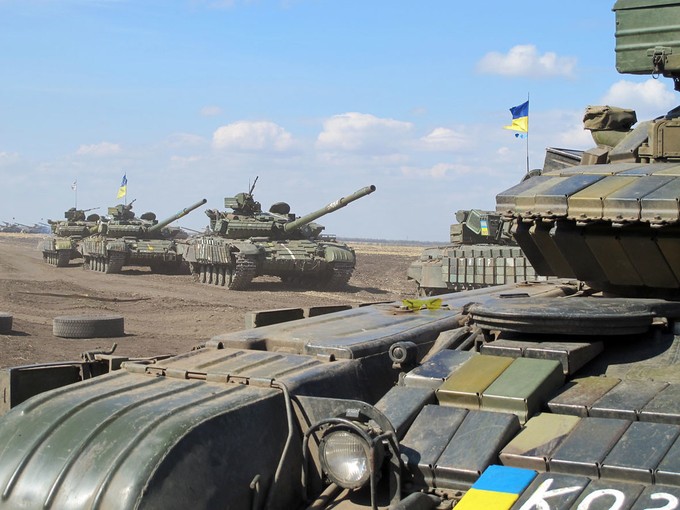 Ukrainian tanks participate in a military operation in 2015. Photo courtesy of the Ministry of Defense of Ukraine.

We’re hearing a lot about the possibility of a Russian invasion of Ukraine, and what the U.S. response might be. It’s a genuinely dangerous situation, and it’s critical that the U.S. not take steps that would heat things up and make the situation even worse.

Once again, calls for a military response from the U.S. threaten to drown out the calls for diplomacy from clearer heads. But this single-minded focus on a military response also guarantees that Washington isn’t paying adequate attention (or money) to problems like the pandemic, climate change, and global inequality.

U.S. missiles are now arriving for the Ukrainian military. President Biden has put troops on notice to move into the area, while House Democrats may soon consider additional military aid to Ukraine. Many in Washington are calling for sanctions on Russia, which can do tremendous collateral damage to civilians.

This is a well-trod path for the United States, which in the most recent year reported provided military training to 128 countries and sold more than $34 billion worth of weapons to foreign countries. But there are other options - besides war for Ukraine, and besides a military-first foreign policy.

A war would be devastating for Ukrainians, of course. But recent history has also shown us that what can start out as a limited involvement for the United States can grow over time, with tremendous costs.

It’s not an accident that the U.S. finds itself endlessly embroiled in conflict somewhere in the world. The current administration and Congress has continued a longstanding policy of spending more on war while shortchanging diplomacy. And there is so much profit to be made from the sale of weapons.

But the costs of this approach goes far beyond whatever happens in Ukraine. While the U.S. sends quick weapons shipments and maneuvers troops, other urgent problems go unsolved.

The global north still isn’t taking seriously the global need for COVID vaccines, now that we are two variants deep, and counting. And in a thoroughly underreported bit of news, U.S. climate envoy John Kerry held talks with Russia about climate change and the world’s hope for a secure future last week, even as the two countries prepared for possible war. That can’t make for good climate talks.

As usual, there are no military solutions, and a heap of other dire problems are being relegated to lower priority status in the meantime. It’s time for the U.S. to evolve - to look for diplomatic solutions, and start to address all of the world’s problems.

« From the Climate Crisis to the COVID-19 Pandemic, Our Militarized Budget Fuels Injustice

The US COMPETES with China — At What Cost? »