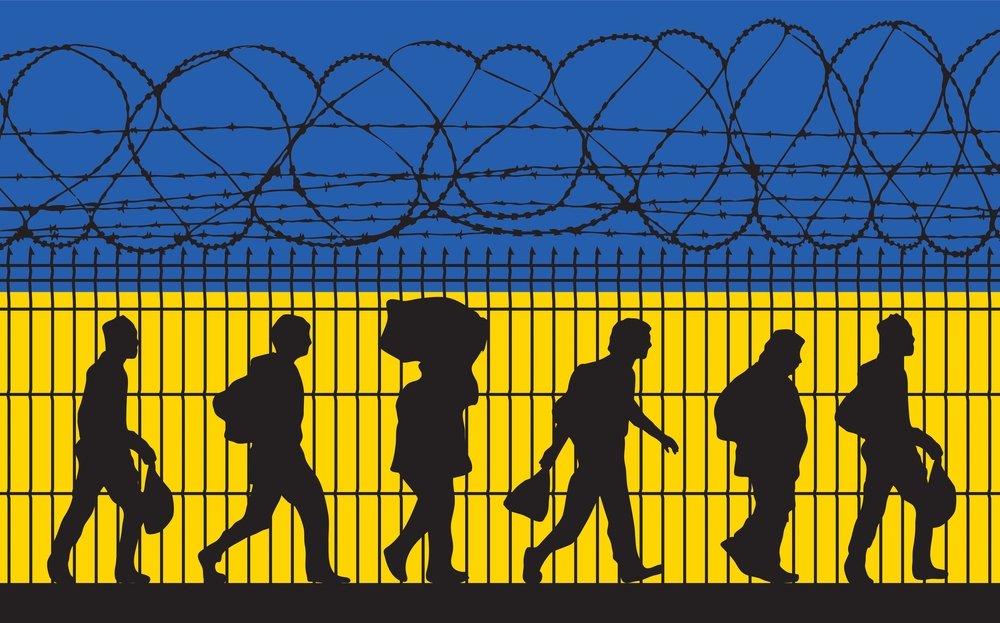 After a lengthy military build-up, Russia has invaded Ukraine, and the conflict continues to escalate as millions of refugees flee.

In response to the invasion, Congress has voted for an emergency aid package bill that adds further military funding on top of the already massive topline Pentagon budget for FY 2022, which is approaching the highest historical levels for US military funding since World War II.

Pentagon budget boosters have been using the Russian threat as an excuse for higher military spending for a long time, and those calls are now approaching a fever pitch.

In the last week of negotiations, the supplemental amount in response to the invasion of Ukraine ballooned from $6.4 billion to $10 billion to $12 billion, and finally passed at $13.6 billion. The Pentagon portion of this funding grew from an initial $4.8 billion request to finally passing at $6.528 billion. It’s worth noting that this money for the Department of Defense does not include direct military assistance to Ukraine, which is allocated to the State Department from the overall $13.6 billion.

But massive U.S. military spending can’t solve this crisis. The U.S. already spends more on its military than the next 11 nations combined — and over 12 times more than Russia. The enormous budget we have wasn’t enough to prevent an invasion like this. How can even bigger military budgets lead to peace? The only guarantee is greater profits for the war industry.

This is a dangerous military escalation, but the only real way out of this situation is diplomacy. That was true right after the invasion, and it remains true weeks later today. The only question is how bad the fighting will get, how long it will go on, and how many lives will be lost before diplomacy finds a way.

It’s worth emphasizing how much this $6.5 billion in military funding in response to Ukraine could fund in other urgent priorities. The United States could accept some portion of the refugees displaced by the war in Ukraine, and invest in major public services that would also serve refugees of other post-9/11 wars — as well as the urgent needs of people already living within U.S. borders.

The Biden administration has vowed not to send troops into Ukraine. That’s a crucial line, and activists can play a crucial role in backing up that position to counter the hawks who will keep calling for a bigger military response.

But it’s not enough to say no to war. We urgently need our government to invest in real human needs for all, instead of further militarizing our planet.