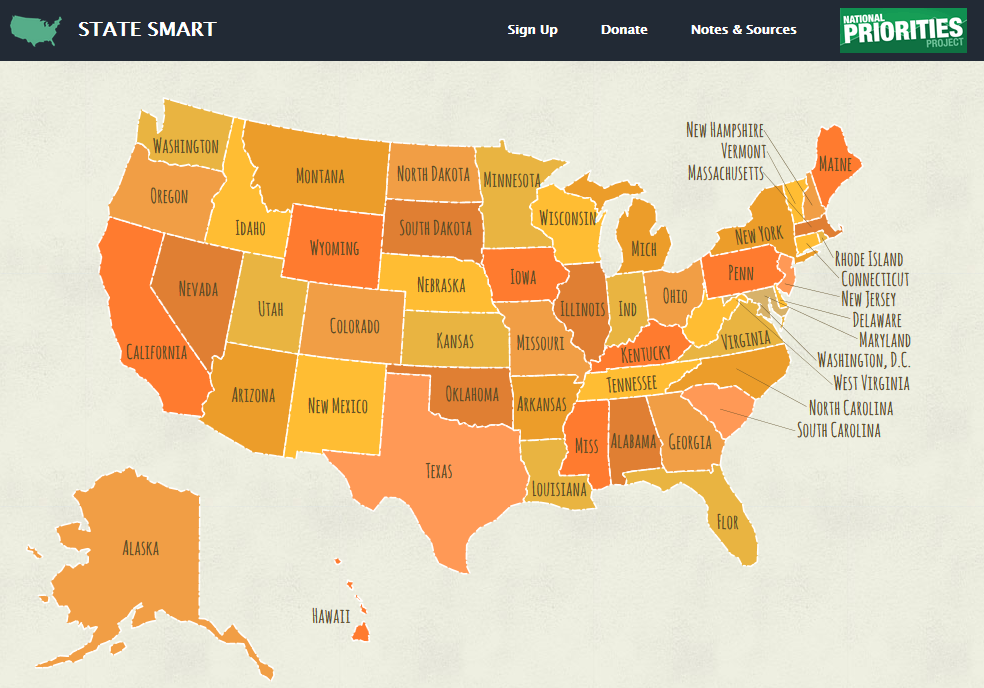 How much money does my state receive from the U.S. budget? How much money do people in my state pay in federal taxes? NPP gets these questions from the media, from people who work in state budget offices, from students, and from advocates working to change policy.

And frankly, for the past several years we haven’t had complete answers. That’s because the federal government stopped publishing those numbers.

So we decided to fill the void. Today we launch State Smart, an interactive publication that allows taxpayers to follow the money to and from all 50 states and the District of Columbia: www.nationalpriorities.org/smart.

State Smart is more than just a pretty website. It’s driven by data we compiled from federal resources like the Census Bureau, the IRS, and the Bureau of Economic Analysis. Already we’ve learned:

And this is just the beginning. State Smart will serve as the foundation for ongoing stories that will highlight individual states, provide more context, and focus on the budget’s human element.

Today, however, we want to celebrate your state. So grab some coffee, tea, or kombucha and spend a few minutes getting State Smart.