State Smart: Federal Aid to Individuals in Your State 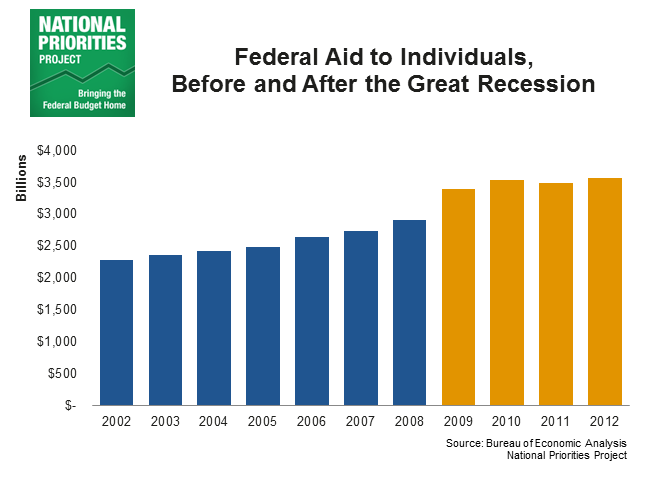 From California’s agricultural Central Valley to cities like Detroit and Washington, DC, to coal mining towns in Appalachia, federal aid to individuals touches communities in many ways:

Here’s what the data show:

To learn more about social security and unemployment insurance before the November 4 election, check out our themed Voter’s Guides.  To see details about federal aid to your states, click through to our federal aid to individuals map.