Executive Action on Immigration: A Win for the Federal Budget and the Economy 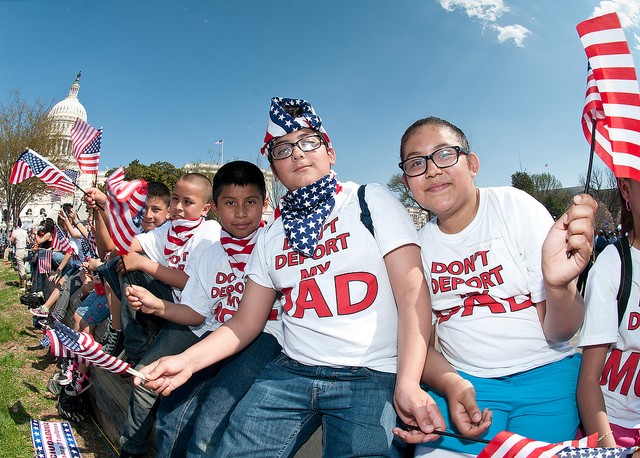 With the president poised to pass an Executive Order that would allow five million undocumented immigrants to avoid deportation, political observers are left to ponder the political calculus that led him to this place, and the potential fallout of taking such action. In the midst of such questions, two things are clear, or at least should be.

First, this is but the latest evidence that our democracy is deeply and profoundly ridden with a deep malaise. ‎The President has learned--too often the hard way--that there is very little appetite for true bipartisanship in Washington. And the lack of either goodwill or sheer pragmatism in such a polarized environment makes choosing a path based primarily on what is best for the nation virtually impossible.

The second point, perhaps all the more surprising ‎in the context of the first, is that any immigration reform that allows large numbers of aspiring citizens to remain as productive members of the American economy and society, clearly IS in the nation's best interest. Ironically, as the Washington Post reports, even Republican strategy documents laud the economic upside of immigration reform:

We also believe that comprehensive immigration reform is consistent with Republican economic policies that promote  job growth and opportunity for all."

Similarly, the non-partisan Conressional Budget Office (CBO) concluded that ‎immigration reform would grow the economy and shrink the federal deficit.

States too stand to benefit from a net positive impact on state economies and budgets, as a 2013 report by Robert Lynch and Patrick Oakford for the Center for American Progress makes clear.

These budgetary and economic considerations underscore Americans’ innate sense that America works best when we reward hard work and initiative, including among the newest Americans. The resulting reform provides a meaningful alternative to the status quo, which is plagued by the growing awareness that the deportation process can be brutal, tearing families apart and placing particular burdens on children. The abuses of those being removed are well documented.

In the face of such compelling economic, fiscal, and humanitarian considerations, any action – including Executive Action -- on immigration reform is not only justified, but in the best interest of the nation.

« What’s So Important About Tax Extenders?

Give back for all Americans on #GivingTuesday »