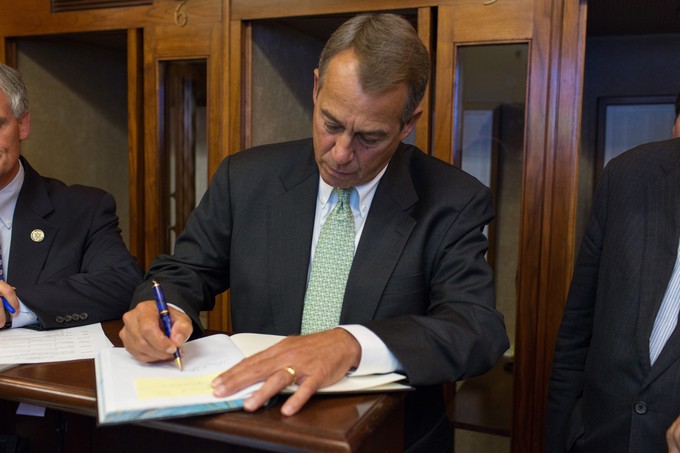 Leadership position: Speaker of the U.S. House of Representatives

Number of Years in Position: 5 years

Number of Terms/Years in Congress: Currently in his 13th term, he was first elected 25 years ago in 1990.

Percent/Amount of State Revenue from the Federal Government (2013): Ohio received about 33% of its revenue through grants from the federal government, or $21.1 billion, compared to the national average of 30% of state revenue from federal sources.

Memorable Budget Quotes:  “A bill that fails to include real spending cuts will hurt job growth and signal that Washington's not serious about dealing with its spending addiction.” (2011)

"Perhaps the activists of unrestrained government think there's some compromise to be had that allows their spending binge to survive. Ladies and gentlemen, know this: We will do no such thing." (2011)

« Climate Change and the Pope: Five US Budget Policies That Deserve Another Look